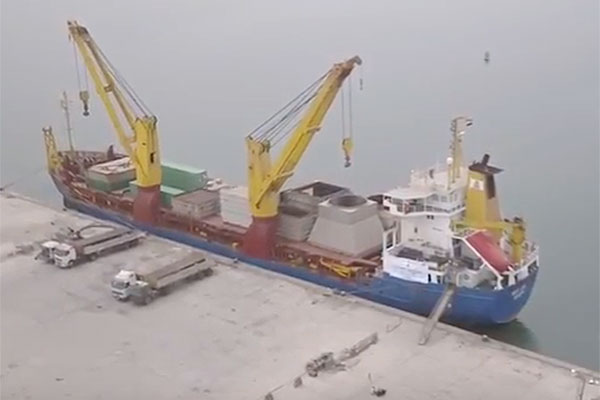 The station was shipped to the conflict-hit country Wednesday through the city’s port.

The station powered one of the world’s largest engine, is located in Al Haswa district and will start operation this October, Trade Arabia reports citing Emirates news agency Wam.

Aden has become since 2014 the seat of the Yemeni internationally recognized government of President Mansour who lost capital Sanaa to Iran-backed Houthi rebels.

The UAE and Saudi Arabia both leading an international coalition intervened in 2015 to shore up Hadi’s authority.

Emirati forces backed by Hadi forces have been controlling most parts of south Yemen while vast swathes of the northern territory still remain under the rebels’ control.