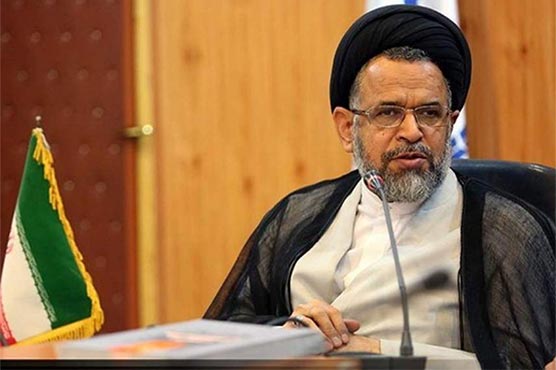 Iran’s intelligence minister Tuesday said security forces have rounded up tens of spies within government bodies at the time the country grapples with declining economy, compounded by renewed U.S. sanctions.

“I have repeatedly asked people to inform us if they know any dual national. The intelligence ministry’s anti-espionage unit has successfully identified and arrested tens of spies in different governmental bodies,” said Mahmoud Alavi.

The official said the arrestees are dual nationals but stopped short to mention when and in which government departments they were working.

The arrest of dual nationals has increased since Iranian Supreme Leader Ayatollah Ali Khamenei said there had been “infiltration” of Western agents in Iranian decision-making bodies, Reuters reports.

Iranian authorities have been on the alert as domestic pressure grows amid rising public anger upheld by demonstrations in several cities across the country over water shortages, inflation…

Iranian economy has been on the brink of collapse for several months after foreign companies started leaving the country for fear of U.S. sanctions. The sanctions have been renewed this month after President Donald Trump in May walked away from the 2015 nuclear accord between the Islamic Republic and world powers.

The renewed sanctions, which barred Iran from access to U.S. dollar notes, are the first set of sanctions. The Trump administration will unveil on November 4 new penalties targeting Iran’s oil industry.