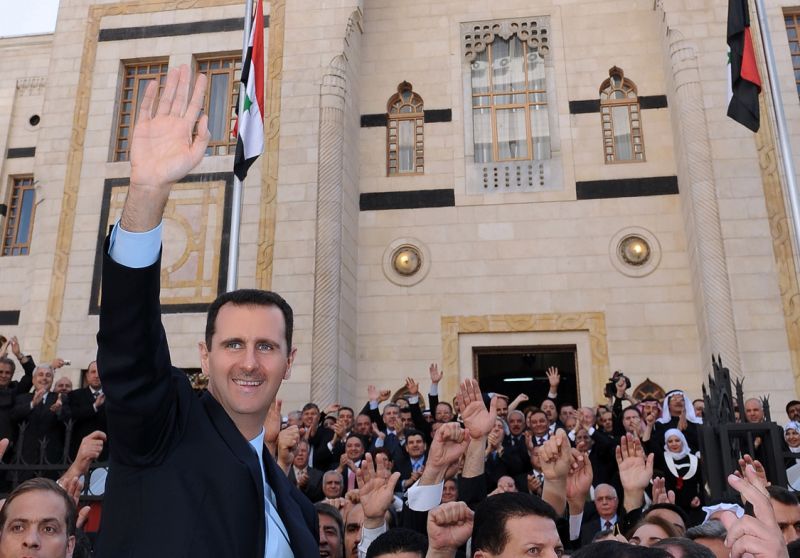 President Emmanuel Macron of France Monday opposed Syrian leader staying in power, arguing that a return to normalcy following the ouster of the Islamic State group (ISIS) will be a “grotesque error”.

“We can see those who would like to return to normal as soon as the war against Daesh (the Islamic State group) is finished: Bashar al-Assad would stay in power, the refugees… will return and Europe and few others would help with reconstruction,” Macron said in an address before France’s ambassadors.

“Such a scenario would be a grotesque error”, he insisted.

Russia’s intervention in 2015 in the Syrian seven-year conflict has helped turn the tide in favor of Al Assad.

With Russia’s support, the Syrian army repelled rebels and ISIS to Idlib province, now seen as the last resistance stronghold out of government forces’ control.

Macron also warned that the Syrian regime is preparing a fresh humanitarian crisis as it gears up to launch an assault on Idlib.

“The situation is alarming because the regime is threatening to create another humanitarian crisis in Idlib province and until now has shown no desire to negotiate the slightest political transition,” he said.

“This means reinforcing pressure on the regime and its allies, and I expect Russia and Turkey to take account of their roles and the commitments they have made,” he added.

Macron who came to power in May last year has shifted France’s foreign policy in Syria stepping aside from direct support for the opposition, which enjoyed French backing at the time of Macron’s predecessor, Francois Holland.

The French President however stressed that he never made Bashar’s removal a condition for France’s humanitarian assistance to millions of people displaced by the conflict.