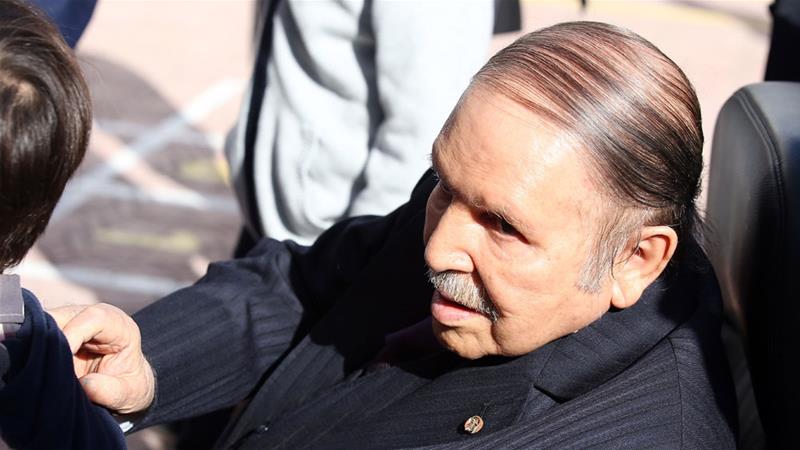 President Abdelaziz Bouteflika of Algeria has arrived in the Swiss city of Geneva Monday for medical ‘routine’ checkup which he has been regularly going through since suffering a stroke in 2013.

The checkup announced by the state-run APS takes place amid growing speculation and tension in the North African country over the President’s alleged desire to run for next year elections despite his frail health condition.

Bouteflika in powers since 1999 suffered a stroke in 2013 that affected his mobility and speech ability. Glued to wheelchair since then, he made rare public appearances.

The ailing President has been shuttling between France and Switzerland for medical checkups. His health condition has led many politicians in the opposition to qualify him unable to run the country, left at the mercy of corrupt officials and business people in his entourage.

As April 2019 elections near closer, growing voices have called on the President to renounce running but in April this year the secretary general of the ruling National Liberation Front, Djamel Ould Abbes, threw the party’s support behind Bouteflika.

The outgoing president has not yet made comments about his plans to run for a fifth term.

Prime Minister Ahmed Ouyahia and his Rally for National Democracy (RND) in June said they will rally behind Bouteflika’s candidacy should he run.