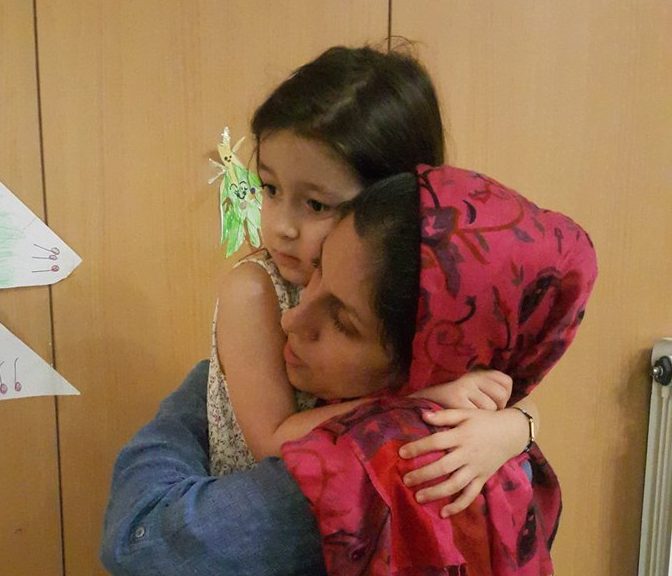 Iranian-British aid worker Nazanin Zaghari-Ratcliffe sentenced to five-years in prison has returned to prison after a brief release for family reunion, reports say.

Nazanin Zaghari is currently serving a five-year sentence for plotting to topple the regime in Tehran. The lady and Thomson Reuters Foundation, the charity arm of London-based news network Reuters she works for, have denied the charges.

A project manager at the foundation, she was arrested in April 2016 at Tehran airport on her way back to Britain after a visit to her family in Iran.

Zaghari, mother of a four-year old daughter, was briefly released from Evin prison in Tehran, for three days to reunite with her family last week.

Her husband Richard Ratcliffe, who lives in Britain, in a statement relayed by the media, said she returned to prison in Tehran to continue serving her sentence despite hopes her release would be extended.

“She was shivering and shaking and crying – and said: ‘How can you take me away from my baby, when she needs me’?” he said in an email received by AFP.

The Iranian-British aid worker’s request for an extension of her release appeared to have first been granted, but later, she received a call from the prosecutor telling her to avail herself to authorities at the detention center by sunset, London-based The New Arab reports.

“Looks like Iranian legal system is impervious to the simple fact at the heart of this: an innocent woman is desperate to be reunited with her family,” Hunt said.

“Spoke to Foreign Minister (Mohammad Javad) Zarif on Fri but that clearly wasn’t enough. The fight goes on.”