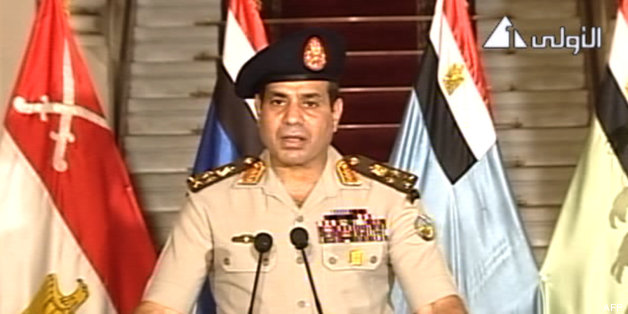 The lawyer of a former Egyptian diplomat has announced that his client has been detained after he publicly called for a popular referendum on AbdelFattah al-Sisi.

Khaled Ali on his facebook account has indicated that Masoum Marzouk, his client was rounded up by police in capital Cairo.

“Marzouk’s family have told me a large police force surrounded their home and arrested him and took him to an unknown location,” he said in his post.

Marzouk, a former Egyptian diplomat, brought the spotlight on himself after he early this month suggested a referendum and political transition at the top of the executive in case results of the popular vote are against the government of President Fattah al-Sisi.

He said if the government failed to respond positively to the initiative he would hold a “popular conference” in Cairo’s Tahrir Square – the epicenter of the 2011 uprising – on August 31, The New Arab reports.

Al-Sisi was reelected in March with a large margin in a poll that saw his toughest opponents all giving up or arrested.

Egyptians said they lost hope in AbdelFattah al-Sisi who first came to power in 2013, in a coup against first democratically elected Egyptian President Mohamed Morsi. Since then, al-Sisi has introduced austerity measures that he said will bear fruits on the long run.

Public discontent became greater over the past months due to steep price hikes of basic amenities.

The growing public anger appeared to have irked the general-turned President who believes calls for his removal or impeachment are “inappropriate”.

Several other dissendents were also arrested on Thursday. Ali also said economist Raed Salam has been detained. Left-wing activist Yahya al-Qazzaz was taken away by security forces, The New Arab reports in its Arabic version.

Dozens of activists have been squatting in prisons on charges that human rights groups say are bogus.