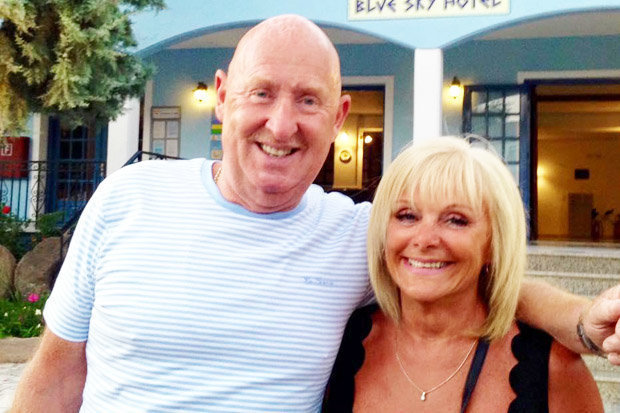 London-based tour operator Thomas Cook said Thursday it will evacuate 300 tourists from Steigenberger Aqua Magic Hotel in Hurghada, a province near the Red Sea, after a British couple died in unclear circumstances.

John and Susan Cooper, from Burnley, Lancashire, died Thursday as they were on holidays with their daughter, Kelly Ormerod, and her three children.

Ormerod told Lancashire-based radio station 2BR according to The Telegraph that the whole family is in utter shock and claimed that her father died in his hotel room while her mother passed away at hospital.

“Prior to going on holiday, Mum and Dad were fit and healthy. They had no health problems at all.

“What I want is to clear up some of what is being reported. We have no cause of death, a post-mortem is under way.”

Her statement belied that of Hurghada governor, Ahmed Abdullah’s comments. The governor insisted that Mr Cooper was sick during the stay at the hotel.

“The husband fell sick and was taken to hospital, where he died,” he said.

“About three hours later his wife had a shock and died.”

The Egyptian official also stressed that the couple died of normal causes. John was 69 and Susan 64.

Their death is being investigated but Thomas Cook which said it will evacuate its 301 customers from the hotel to other hotels on Friday, said it received reports of a “raised level of illness among guests”.

The travel operator also said it has made flight arrangements for those who wish to cut short their holidays and return home.

“Safety is always our first priority, so as a precautionary measure we have taken a decision to remove all our customers from this hotel.

“We will be offering customers alternative hotels within Hurghada, as well as giving them the option to return home.”

The tragedy, The Telegraph reports, occurs 11 years after the operator was rocked by the deaths of Bobby and Christi Shepherd, aged six and seven, who died from carbon monoxide poisoning at the Louis Corcyra Beach Hotel, in Corfu, in October 2006.

Steigenberger Aqua Magic Hotel received in July this year a Thomas Cook team for audit and was reported safe with an overall score of 96 per cent.

Future tourists who have already booked for the death-hit hotel will be proposed alternative hotels, the travel agency has said.