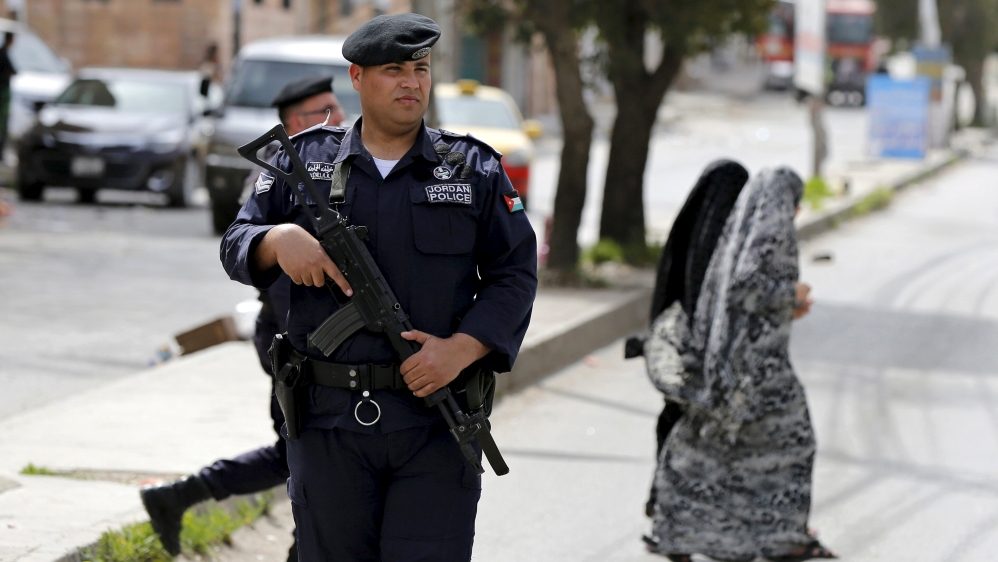 The Jordanian government said Sunday state forces pulled out the bodies of three suspected terrorists of a sleeper terror cell, which engaged in a shootout with state forces on Saturday in Salt, a town near capital Amman.

Joint forces made of security and army troops on Saturday encircled a four-storey building in Salt, 15 km from Fuhais; a Christian-dominated town, where a bomb, targeting a police van, blew up on Friday near a music festival, killing one security force.

The joint forces engaged Saturday a chase of a terror cell believed behind the bomb blast and raided the apartment. The suspected terrorists holed up in the building fired back at government forces, killing three, government spokesperson Jumana Ghneimat said on Sunday in an update.

“The suspects refused to surrender and opened heavy fire at a joint security force,” she said in a statement.

The suspects “blew up the building in which they were hiding, and which they had booby-trapped earlier”, she added.

Part of the building collapsed after one of the terrorists blew himself up, authorities believe.

Three bodies of the alleged terrorists were removed from the rubbles. Five members of the cell were arrested.

The shootout left at least 20 people injured, including women and children living in the area. They had been taken overnight to a hospital in the capital, Reuters reports citing medical sources.

Authorities have not named any terror group connected to the Friday and Saturday incidents. It is unclear if the two incidents were connected.

Jordan has been spared by terror attacks unlike other countries of the region, which have been grappling with unrest and surge in radicalism since 2011, known as the year of Arab Spring.

With the defeat of the Islamic state group (ISIS) and other terror groups in Syria and Iraq, Jordan has become a hideout for the fleeing groups.

King Abdullah in a meeting of the cabinet on Sunday, reportedly vowed to defeat terror cells.

“We will fight the Khawarij and strike at them without mercy and with all strength and determination,” he said.

The Khawarij is a term used for radical groups such as Islamic State.