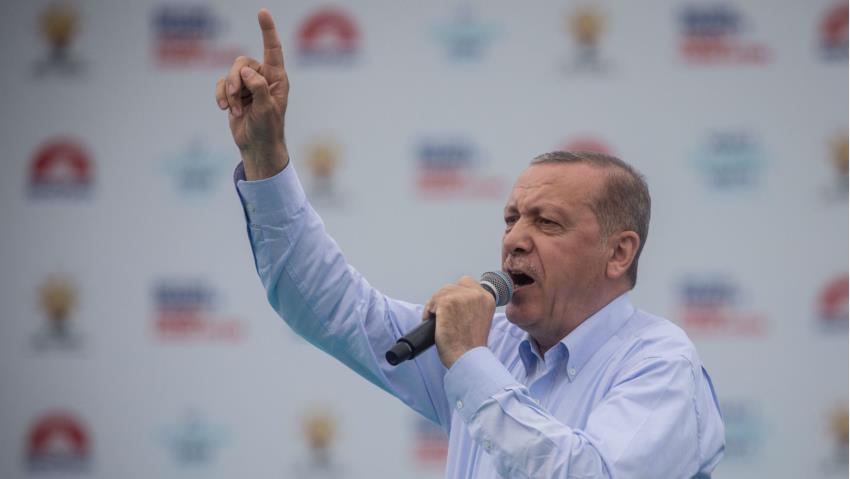 Turkish President Recep Tayyip Erdoğan Saturday said if Washington continued threats to double tariffs on Turkey’s imports of iron and steel as a tool to secure the release of American Pastor, Ankara will look for new markets, Daily Sabah reports.

The Turkish leader made the comments at a Justice and Development Party (AK Party) meeting in Trabzon, northern Turkey.

“We were together with you [U.S.] in Afghanistan, Somalia and Bosnia. How can you push aside such a strategic ally? We might as well say goodbye to those who sacrifice their strategic partnership with a country of 81 million and an ally of over 50 years for some terrorist groups,” Erdoğan said.

Turkey has been infuriated by the U.S. support for the People’s Protection Units (YPG) in northern Syria; an affiliate group of outlawed PKK group opposed to Ankara and blacklisted by the U.S. and by Europe.

Ties between the two NATO allies have further deteriorated over the fate of U.S. Pastor Andrew Brunson who has been detained in Turkey since September 2016 over terror-related charges.

The Trump administration claims the evangelist has been unfairly detained and requests his immediate release.

Trump had vowed to slap sanctions on Turkey if the Pastor is not released. Washington has put Turkey’s Interior and Justice Ministers on its black list, arguing that the two officials have been thwarting Brunson’s release.

A delegation of Turkish diplomats was in Washington for talks last week but the two sides failed to reach a deal.

Erdogan blasted Trump’s Friday threats to double the tariffs saying they are unacceptable. He said that Turkey is a member of the World Trade Organization (WTO) and there was no such thing in WTO rules, Daily Sabah reports.