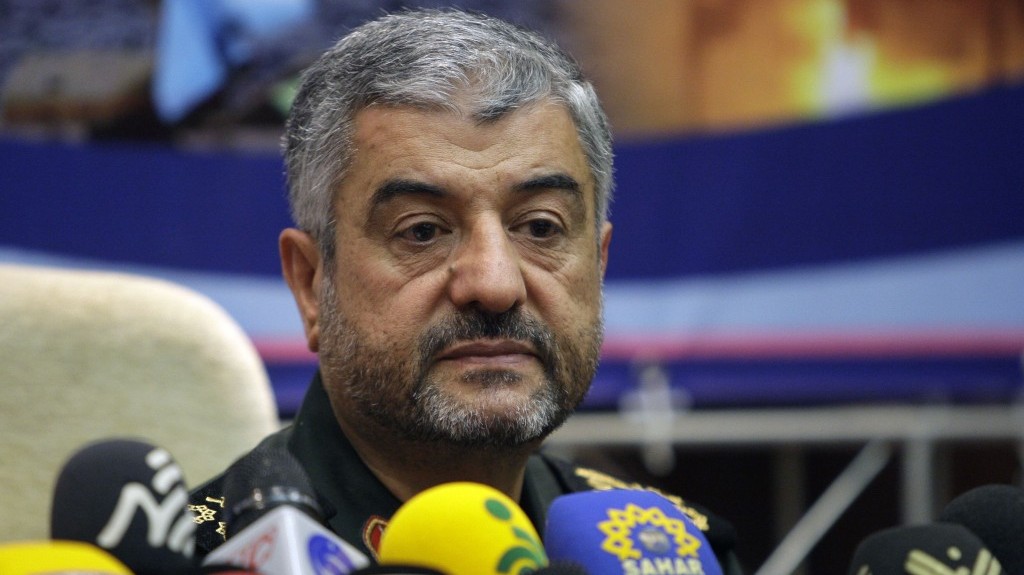 The Head of Iran’s powerful Revolution Guards Tuesday said that President Hassan Rouhani will never meet with U.S. President Donald Trump who offered to meet leaders of the Islamic Republic in a move to end antagonism between two rivals.

“Mr Trump! Iran is not North Korea to accept your offer for a meeting,” Guards commander Major General Mohammad Ali Jafari was quoted as saying by Fars News agency.

“Even U.S. presidents after you will not see that day.”

The Iranian foreign ministry Tuesday ruled out the proposed meeting noting that Trump’s offer contradicts his move. Foreign minister Mohammad Javad Zarif Tweeted that the U.S. should blame itself for ending talks with Iran after Trump withdrew his country from the nuclear deal in May.

Speaking at a rally in Tampa Tuesday night, Florida, Trump however said “I hope it works out well with Iran. They are having a lot of difficulty right now.” “I have a feeling they will be talking to us pretty soon,” he remarked. “And maybe not, that’s ok too,” he added.

The U.S. leader chided the 2015 nuclear accord between Iran and world powers for being peppered with flaws that do not guarantee U.S. security and that of allies in the Middle East. His administration will next month reinforce new economic sanctions.

Trump is also piling pressure on allies around the world to stop buying oil from Iran as part of an agenda to cripple Iran’s economy; a situation which could spark popular uprising against the Tehran regime.

The head of Iran’s Strategic Council on Foreign Relations, Kamal Kharrazi was quoted by the semi-official Fars news agency as saying that Tehran does not value Trump’s proposal given “bad experiences in negotiations with America and based on U.S. officials’ violation of their commitments.”

A top political advisor to Rouhani Monday outlined conditions for a meeting between the two leaders. Hamid Aboutalebi quoted by semi-official ISNA news agency indicated that the Trump administration must reduce its hostile campaign and return to the nuclear deal.