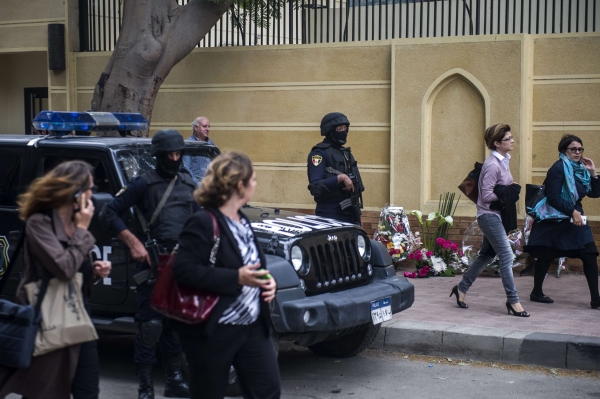 The five alleged militants, according to the interior ministry, were instructed by the group leaders abroad to conduct “terrorist operations aimed at destabilizing the country”.

Hasm group, birthed in 2016, did not issue a statement on the alleged shootout.

Egyptian authorities have linked the group to outlawed Muslim Brotherhood removed from power in 2013 in a military coup led by then Defense Minister AbdelFattah al-Sissi who toppled the first democratically elected President of the country, Mohamed Morsi.

Hasm has rejected any connection with the banned movement. The group has staged several urban attacks against security forces.

The Interior ministry indicated that five other suspected militants were rounded up in a separate operation in al-Salam, a neighborhood of Cairo. Security forces seized weapons in a third location, which was not disclosed.

Egyptian forces have been facing blistering insurgency in the Sinai province where the Islamic State group (ISIS) has been protesting against Morsi’s removal.

The army and security forces launched in February an all-out offensive to get rid of the group with a mandate to use brute force.

Over 300 fighters have been killed in the operation while more than 30 forces have been reported dead according to state figures.