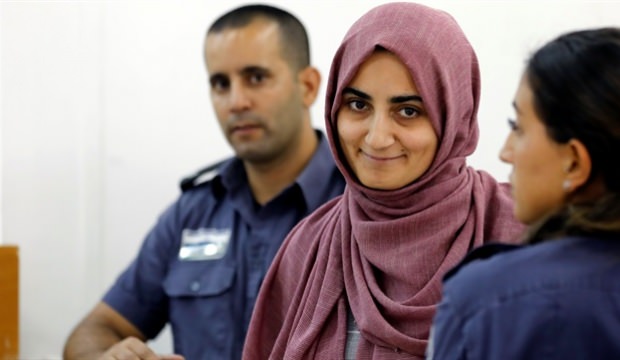 A Turkish official has rejected US reports that Israel’s decision to release Turkish tourist Ebru Ozkan this month was influenced by President Donald Trump who tied the Turkish national’s freedom to that of American Pastor, Andrew Brunson who is under house arrest in Turkey.

Ebru Ozkan was deported to Turkey July 16 one week after she was indicted for connections with Gaza ruler Hamas. The Turkish citizen who was on a visit to the West Bank was arrested for allegedly trying to smuggle money to the Islamist movement.

Her lawyer rejected the charges.

US media including the Washington Post Friday indicated that President Donald Trump had requested Ozkan’s release in a phone conversation with Israeli Prime Minister Benjamin Netanyahu on July 14. The move gave way in the U.S. to speculation that Ozkan’s release was connected to that of Pastor Brunson who is still held in Turkey.

Brunson, a U.S. Pastor from North Carolina has been detained since September 2016 in the wake of a failed coup against President Tayyip Erdogan.

Brunson who was put under house arrest late this month risks imprisonment on terrorism charges over alleged connection to U.S.-based Fehullah Gulen who is suspected for masterminding the coup. The Pastor faces 35-years in prison if the charges are confirmed.

Friday, a Turkish official speaking on condition of anonymity said the U.S. reports are “completely baseless”.
“The Turkish government has no intention of meddling in the affairs of the country’s independent judiciary.”