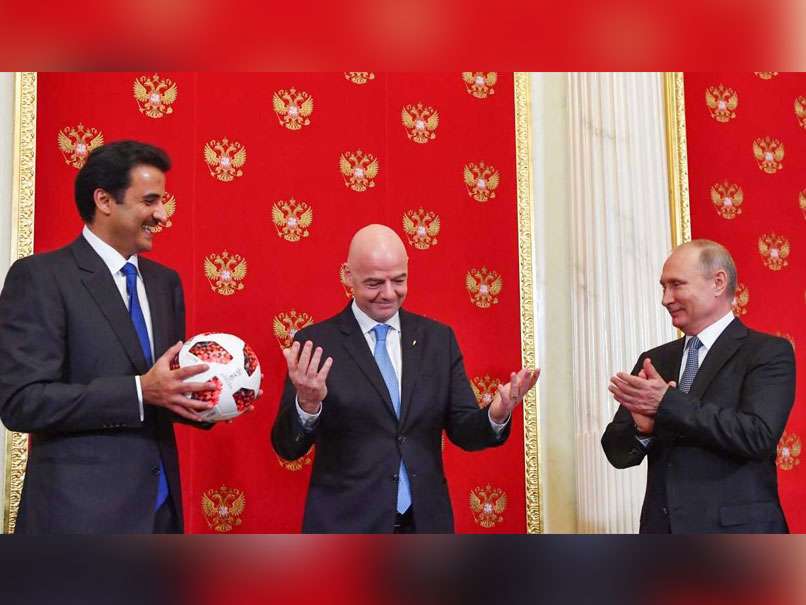 “Russia is handing over the relay baton for hosting the FIFA World Cup to Qatar,” the Russian leader said.

“I’m sure that our friends from Qatar will be able to host the 2022 FIFA World Cup on the same high level. We are, of course, ready to share the experience we acquired in holding the World Cup this year, along with our friends,” he added.

The 2018 tournament came to a close Sunday with the victory of France over Croatia beaten 4-2. France won their second title after their first win in 1998 when they hosted the event on their own turf.

Russia stunned their own home fans as they could not go be-yond the quarter finals.

Qatar will be first Arab country to host the biggest soccer tournament in 2022. The Gulf country is reportedly spending $500 million per day to put together the event.

Sheikh Tamim promised to rise up to the challenge and to try to reach the level of Russia’s organization that was appreciat-ed by football fans and FIFA authorities.