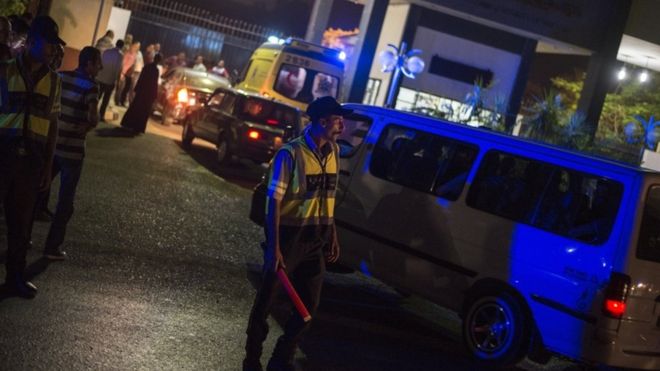 The blast according to the army spokesperson, Colonel Tamer al-Rifai, was caused by high temperatures.

“Due to high temperatures, an explosion happened at a

petrochemicals storage belonging to the Heliopolis for Chemical Industries,” he said.

“Civil defense trucks were deployed to bring the fire under control,” he added.

The state television indicated that firefighters were able to subdue the fire.

It is unknown whether the 12 people injured in the blast are workers at the facility located north of the Egyptian capital.

The blast according to reports was deafening and caused a ball of smoke that could be seen in the sky.

Civil Aviation minister, Younis al-Masri, said the blast did not affect air traffic at the airport.