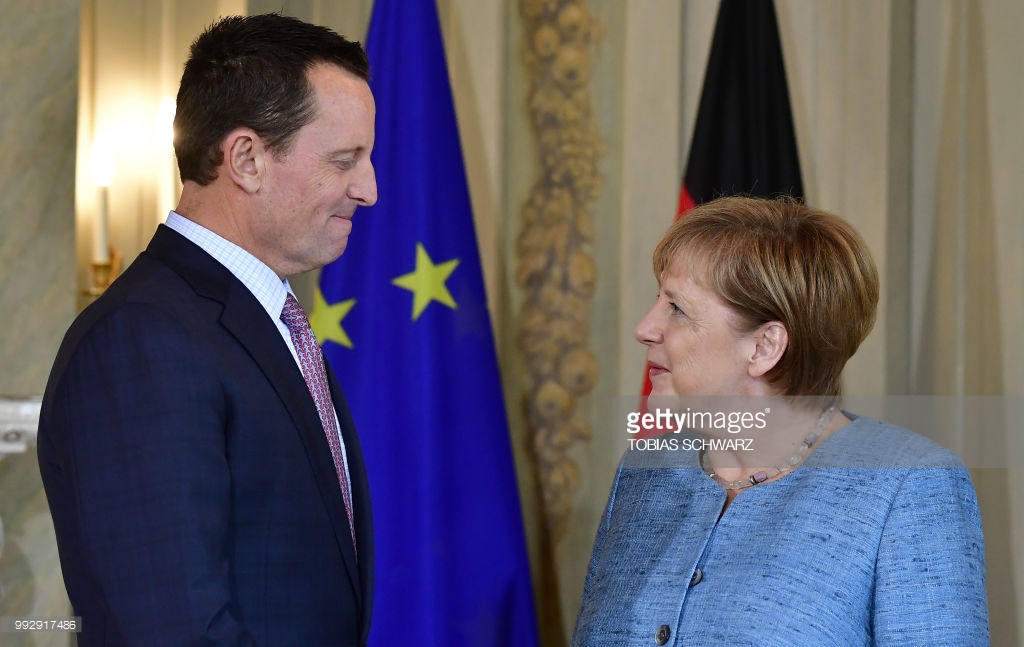 US ambassador to Germany Tuesday urged German authorities to prevent withdrawal by Iran of around €300 million ($350 million) from its Germany-based accounts as it faces suffocating economic pressure led by the United States.

Richard Grenell, a staunch aid of US President Donald Trump, urged German authorities to kill Iran’s request to withdraw around $350 million of its money held in German accounts.

“We encourage the highest levels of the German government to intervene and stop the plan,” Grenell said.

German authorities, according to media reports, received Iran’s request for the transfer to Tehran of the sum that will be used to cushion mounting economic pressure on the Islam republic by the United States.

US President Donald Trump has been leading a global campaign to dry up Iran’s financial sources after he walked away from the 2015 nuclear deal.

A spokeswoman for the German finance ministry said the request is being reviewed according to clearly prescribed guidelines aimed at averting risks linked to money laundering or possible financing of extremist groups, Reuters reports.

A German diplomatic source also reportedly indicated that authorities will also check if there could be a violation of the  sanctions imposed on Iran.

Germany, France and Britain, all of them US allies and also signatories of the 2015 nuclear agreement, have been reluctant to cut off trade and diplomatic ties with Iran.

“The statement of the US ambassador is once again unsettling and difficult to reconcile with his diplomatic role,” Wadephul added.

Grenell in May irked German authorities when he Twitted that German firm should park out of Iran following Trump’s decision to tear up the Obama-era deal.