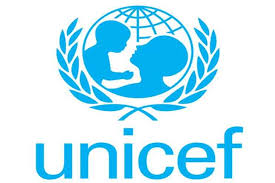 The relentless conflict in Yemen has pushed a nation already on the brink “deep into the abyss,” said the United Nations Children’s Fund (UNICEF) chief, after returning this week from a four-day visit to the war-torn country.

“Social services are barely functional. The economy is in ruins. Prices have soared. Hospitals have been damaged. Schools have turned into shelters or have been taken over by armed groups,” UNICEF Executive Director Henriette Fore told journalists in Geneva on Tuesday, as she was describing her trip to the key cities of Aden and Sana’a.

Having witnessed first-hand the effects of three years of intense war, after decades of underdevelopment and chronic global indifference can do to children, Ms. Fore spelled out some of what children there are going through.

She said that they were routinely “taken out of school, forced to fight, married off, hungry, dying from preventable diseases,” she began, adding that “today, 11 million children in Yemen – more than the entire population of Switzerland – need help getting food, treatment, education, water and sanitation.”

Since 2015, health facilities have been cut by more than half; 1,500 schools have been damaged by airstrikes and shelling; and at least 2,200 children have been killed with around 3,400 injured, according to the UNICEF chief.

“These are only numbers we have been able to verify. The actual figures could be even higher,” she said. “There is no justification for this carnage.”

She explained that around 5,000 families had fled Hodeida over the past two weeks, where basic commodities including flour and cooking gas were dwindling, electricity was unavailable in most of the city and damage to the water supply had caused severe shortages.

The Executive Director called it “critical” that families be allowed to voluntarily leave and that infrastructure be kept safe. “The protection of children – from landmines, recruitment, exploitation and attack – should remain paramount at all times,” Ms. Fore added.

Since January, more than 250 UNICEF staff have remained in Aden, Sanaa, Idlib, Hodeida and Saada – serving children while dealing with life in a war zone.

“We are committed to doing all we can to help the children and young people of Yemen but there should be a political solution to the conflict,” she stressed. “We all need to give peace a chance. It is the only way forward,” concluded the UNICEF chief.