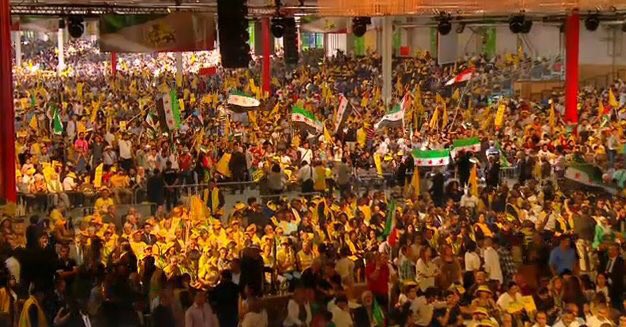 The trip the Iranian President Hassan Rohani is to pay to Switzerland and Austria this week to seek assurances on the continuation of the nuclear deal is being compromised by the alleged involvement of an Iranian diplomat positioned in the Iranian embassy in Vienna in a foiled attack targeting Iranian opponents in Paris.

Austrian authorities announced Tuesday that they have asked Tehran to lift the immunity of diplomat Assadollah Assadi, 46, who was arrested last Sunday in Bavaria, Germany,on suspicion of carrying explosives and aiding the planned terror attack in Paris.

For its part, the Belgian federal prosecutor’s office, specializing in terrorism cases, announced Monday, the arrest of two Belgians of Iranian origin who planned to perpetrate an attack against a rally of Iranian opponents organized in Seine-Saint -Denis, near Paris, by the Iranian People’s Mojahedin (MEK), an opposition party banned in Iran since 1981.

Amir S., 38, and his wife Nasimeh N., 33 were nabbed Saturday in Brussels, by the Belgian federal police, in possession of 500 grams of a very volatile explosive, TATP, and a detonation device.

The two were charged with “attempted terrorist murder and preparation of a terrorist act,” a joint statement by the Belgian prosecutor and the intelligence services said, adding the couple were in contact with the Iranian diplomat Assadollah.

In France, a judicial source said three people of Iranian origin were arrested for investigation on their link to the Brussels’ suspects. According to the source, two were released due to a lack of evidence against them while the third was still held for questioning.

The Iranian opposition rally targeted by the foiled attack was attended by many European and Arab personalities as well as by US figures, including one of President Trump’s lawyers, Rudy Giuliani, and former Speaker of the US House of Representatives Newt Gingrich.

Iranian diplomats’ involvement in issues that have nothing to do with diplomacy is nothing new. Last spring, the Iranian embassy in Algeria facilitated contacts, not to say collusion, between Iran’s Lebanon-based proxy Hezbollah and the Polisario separatists.

The Iranian embassy in Algiers, with Algeria’s consent, provided logistical help for Hezbollah military officials to train Polisario militias on urban warfare against Morocco and supplied them with weapons, including surface to air missiles.

Rabat, after it obtained irrefutable evidence of the involvement of the Iranian embassy in Algiers in these anti-Morocco manoeuvers, severed diplomatic ties with Tehran on May 1 and recalled its ambassador.