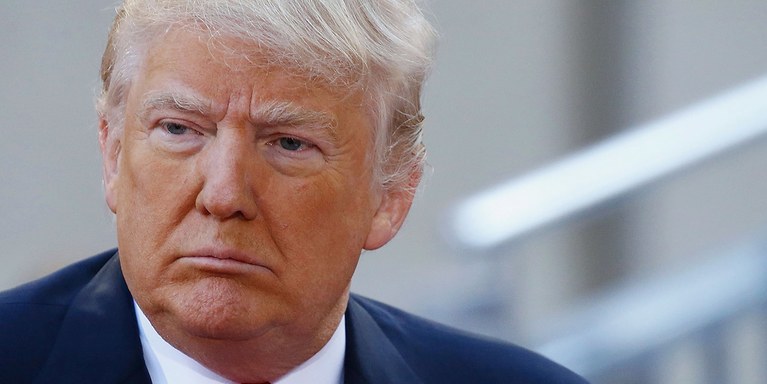 US President Donald Trump vowed, in an interview aired Sunday on Fox News, to slap sanctions on European allies looking to maintain trade ties with Iran as he is pushing for increasing economic pressure on the Islamic Republic.

President Trump left US allies in Europe in an uncomfortable position in May after he ripped off 2015 nuclear deal between Iran and world powers.

Trump judged the Obama-era deal full of flaws and vowed to re-impose economic sanctions on Iran.

European allies, namely France, Britain and Germany are struggling to salvage the deal, which enabled their companies to establish business in Iran.

Trump told Fox News’ “Sunday Morning Futures with Maria Bartiromo,” that the US will not spare its allies with the sanctions expected in the next few months.

“Of course. That’s what we’re doing, absolutely,” he said.

Following the US withdrawal from the nuclear deal in May, a number of European companies have started leaving Iran over fear of sanctions.

The US administration is also campaigning in its allies’ capitals in Europe, Asia and the Middle East to halt their purchase of Iranian oil as a way to dry up Tehran’s money sources.

Earlier on Saturday, Trump’s personnel attorney Rudy Giuliani told a group of Iranian opposition groups gathered under the banner of the National Council of Resistance of Iran (NCRI) that the economic pressure and sanctions are meant for regime change.

“I can’t speak for the president, but it sure sounds like he doesn’t think there is much of a chance of a change in behavior unless there is a change in people and philosophy,” Giuliani told Reuters in an interview.

“We are the strongest economy in the world … and if we cut you off then you collapse,” he said.

“Anybody who thinks the Ayatollahs are honest people is a fool. They are crooks and that’s what Europe is propping up … murderers and sponsors of terrorism. Instead of taking an opportunity to topple them they are now left propping them up,” Giuliani said.