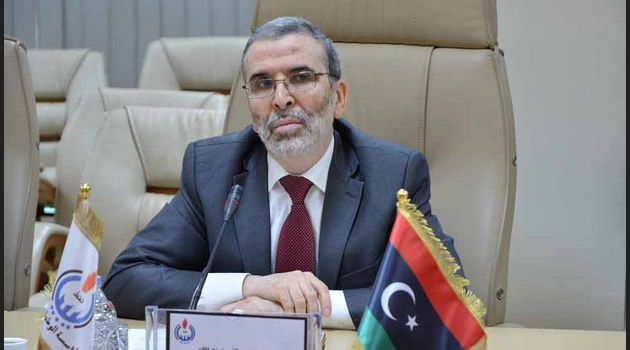 “Exports by parallel institutions are illegal and will fail as they have failed in the past,” said the head of Libya’s National Oil Corporation (NOC), Mustafa Sanalla.

“UN Security Council resolutions are very clear – oil facilities, production and exports must remain under the exclusive control of (Tripoli-based) NOC and the sole oversight of the (internationally-recognized) Government of National Accord,” Sanalla said.

Haftar’s so-called Libyan National Army (LNA) announced Monday it was handing over all the country’s oil ports including those seized from rival forces in a 10-day fight to NOC established in the eastern town of Benghazi.

“No tanker will be allowed to dock in eastern ports without permission from the NOC” based in Benghazi, said Ahmad al-Mesmari, Haftar’s spokesperson.

Sanalla also noted that his institution and UN-backed Government of National Accord (GNA) established in Tripoli will sue “any company that tried to buy oil from the eastern authorities and that no purchase contract signed with them would be honored.”

“We are confident that the GNA and our international partners will take the necessary steps to stop all exports in breach of international law,” Mustafa Sanalla said.

“There is only one legitimate NOC, recognized by the international community and OPEC.”

Analysts believe the handover of the oil crescent to the eastern authorities may tilt the country into renewed war.

Some also argue that the move breaches commitments made during the Paris May 29 summit that gathered Libyan political stakeholders under the auspices of French President Emmanuel Macron.

“The Paris Summit on May 29th saw Haftar commit to working constructively with the GNA on making sure peaceful elections take place by December 10th, 2018. The Oil Crescent debacle made it possible for Haftar to do the exact opposite,” Jalel Harchaoui, a scholar focusing on Libyan geopolitics at Paris 8 University told Libyan Express.