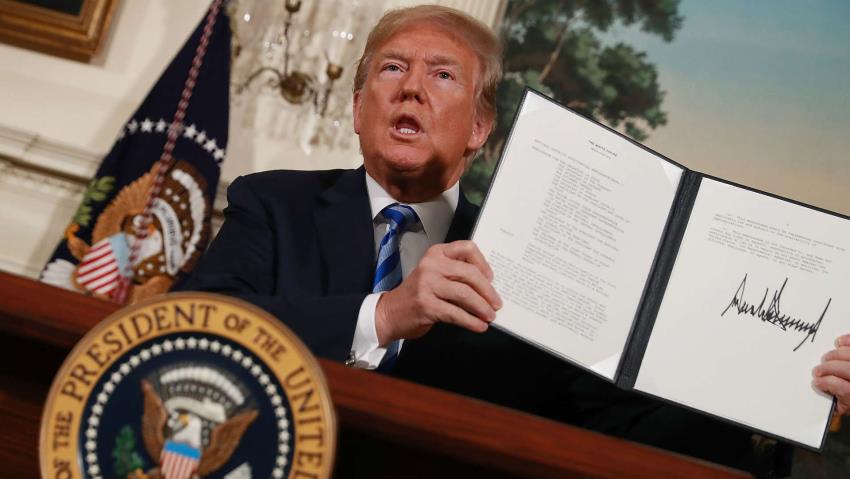 The White House has embarked on a global campaign to bring allies to dry up Iran’s money sources with cutoff importations of Iranian oil by November 4.

“Yes, we are asking them to go to zero,” a US official told reporters on condition of anonymity because they are not allowed to comment on the matter.

“We’re going to isolate streams of Iranian funding and looking to highlight the totality of Iran’s malign behavior across the region,” he added.

The Trump administration has set November 4 as deadline for allies in Europe and Asia to halt buying the Iranian oil.

President Donald Trump in May walked away from the 2015 nuclear deal between Iran and world powers over claims that the Obama era deal was ‘defective’. The US leader vowed to re-impose economic sanctions.

In its attempt to tighten the noose on Tehran, the United States is working with other Middle East countries to increase production so the global oil supply is not harmed, the US official also told reporters.

Iran and other signatories of the deal, namely France, United Kingdom, Germany, China and Russia have been trying to salvage the pact castigated by the Trump administration and Israel.

Effects of the US withdrawal have begun weighing on Iran’s economy and currency. The Iranian Rial fell lower against the dollar, prompting protests in capital Teheran.

Protesters took to the street in the capital’s Grand Bazaar on Monday for the second day over the sharp fall in the value of the national currency. The demonstrators Sunday marched towards the parliament that was forced to shut down.

President Hassan Rouhani in a televised address vowed the Islamic Republic will withstand the economic pressure and denounced the US-driven anti-Tehran campaign.

“Even in the worst case, I promise that the basic needs of Iranians will be provided. We have enough sugar, wheat, and cooking oil. We have enough foreign currency to inject into the market,” he said.

“Withdrawal was the worst decision he (Trump) could make. It was appalling. It hurt America’s global reputation,” he added.