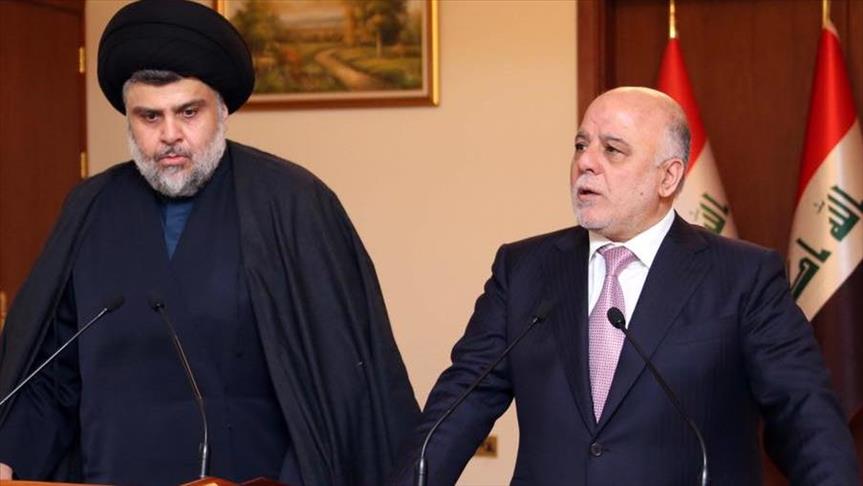 Iraq’s outgoing Prime Minister Haider al-Abadi has tied an alliance with May election winner Moqtada al-Sadr to form a government amid political tensions.

Abadi visited Saturday the nationalist Shia cleric in the holy city of Najaf for talks on the formation of a new government, one month after the electoral process, Reuters reports.

“We announce a cross-sectarian, cross-ethnic alliance to speed up forming the next government and to agree on common points that guarantee the interests of the Iraqi people,” Sadr said at a news conference.

The Saturday-born pact came on the heels of this month alliance between Sadr and Amiri in a push towards the government formation. With Abadi adding on to them, the three top blocs have 140 seats in the parliament, 25 seat short to form the cabinet.

Analysts predict that Abadi could secure his Prime Minister position as the man seems to play the hyphen link between the two blocs.

Abadi has managed with the help of United States and Iran to stamp out the Islamic State group from Mosul in December.

Sadr who has emerged as the new country’s political figure presents himself as opposed to both foreign powers.