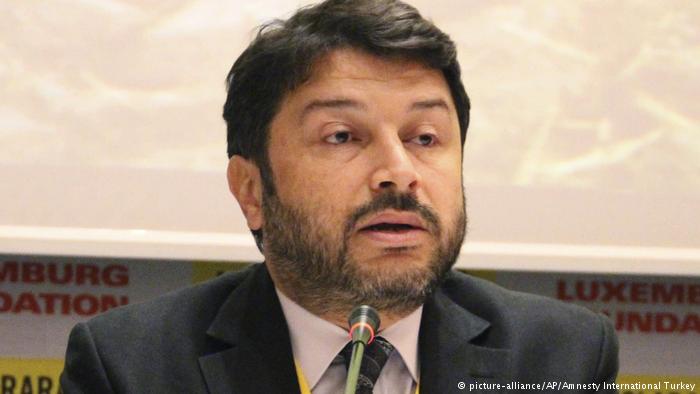 The head of Amnesty International (AI) office in Turkey will remain in jail following a court decision Thursday, the right group has announced blasting the decision that it described as a travesty of justice.

Taner Kilic will remain in prison till November 6, date set for a new court decision, after already having spent more than a year in jail.

“Today’s heart-breaking decision to keep our colleague in jail is yet another travesty of justice,” Amnesty’s secretary general, Salil Shetty, said in a statement.

“Taner’s situation is emblematic of what is happening in Turkey today. Many of human rights defenders are either languishing in jail or living in constant fear of arrest.”

Kilic was arrested in June 2017, almost one year after the July 2016 failed military coup which attempted to topple President Tayyip Erdogan.

The AI official was arrested on terror charges as authorities accused him of being linked to Fethullah Gulen, the alleged orchestrator of the failed coup.

Gulen, a former Erdogan key ally has fled the country and is now in exile in the United States.

Terror charges were pressed against Kilic after authorities claimed they found on his phone in 2014 ByLock; a text messaging application purportedly used by Gulen followers.

The human rights activist has denied any wrongdoing. Thursday, a second police report was submitted to the court on the so-called messaging application.

The one-page text said there was no evidence the application was installed on Kilic’s mobile phone, the New Arab reports.

Ten other defendants were accused of the same charges but were released early this year.

In February, an Istanbul court ordered Kilic’s release but the court nullified the decision following a challenge by the country’s prosecutor.