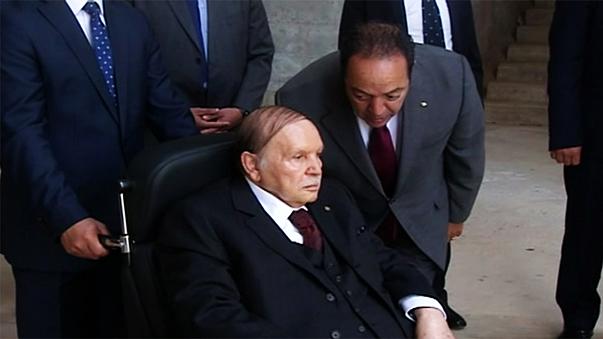 Algeria’s Premier Ahmed Ouyahia has thrown his backing behind a fifth term in office for ailing 81-year old Abdelaziz Bouteflika as he argued that the president is the man of the country’s unity.

Algerians will be called to polls to elect a new President next year.

No election hopefuls have publicly stated their intention but President Bouteflika is being endorsed by his party, the FLN (National Liberation Front), to run for a fifth term in office despite partial paralysis.

Prime Minister Ouyahia who is also head of FLN ally, National Democratic Rally (NDR) told the party that Bouteflika twice saved Algeria, first with his policy of reconciliation that allowed Islamist insurgents who nearly brought down the state in the 1990s to rejoin civilian life, and then during the Arab Spring chaos that toppled leaders in Tunisia and Libya, the Associated Press reports.

Bouteflika “is the man of national reconciliation who returned stability to Algeria after the bloody and destructive terrorist decade of the 1990s,” Ouyahia said.

The NDR is the country’s second political force.

Ouyahia’s backing infers that the man known as a staunch ally of the president will not be seeking the country’s top job.

In October, FLN secretary called for Bouteflika’s re-election next year. Though calls for his fifth term in office are increasing, ailing Bouteflika has not made up his mind yet.

He suffered a stroke in 2013 that has affected his mobility and speaking ability. Bouteflika has since then been glued to a wheelchair and has been making rare public appearances.

Though his political entourage is calling for his re-election next, Bouteflika is facing mounting pressure from the opposition and several Algerian public figures who have called on him no to run due his age and weak abilities.