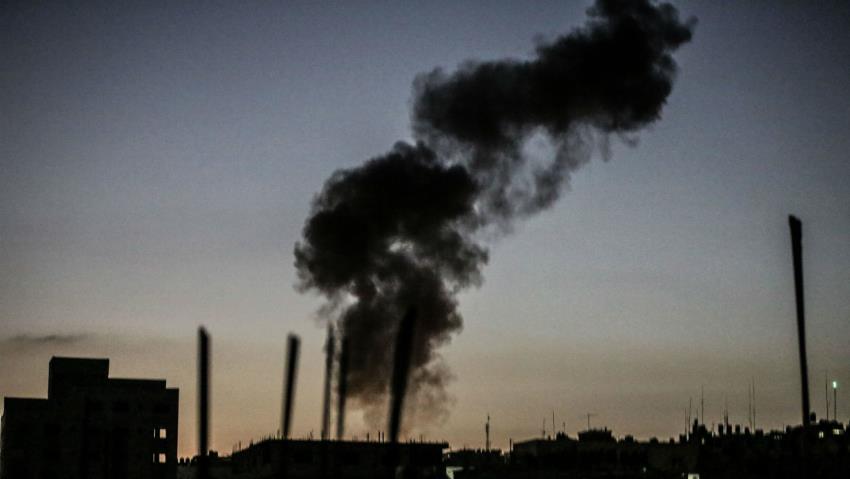 The Israeli air force launched Tuesday dozens of missiles on around 25 targets belonging to Hamas in the Gaza enclave over claims that the Islamist movement launched 50 projectiles against Israeli towns.

The Israeli defense forces said fighter jets were deployed over Gaza where at least 25 military facilities belonging to Hamas were targeted. The targets are located in north and south of the enclave undergoing 11 years of Israeli blockade.

The defense forces have blamed Hamas for being responsible for the launch of close to 50 projectiles including balloons as well as incendiary kites into Israeli towns.

Israel has recently stepped up its dealings with Hamas and other Palestinian groups following the death of over 130 Palestinians killed in protests against the Jewish state.

The highest death toll (62 people) of the protest which begun mid-March was recorded on May 14; coinciding with the inauguration of the US embassy in the disputed city of Jerusalem.