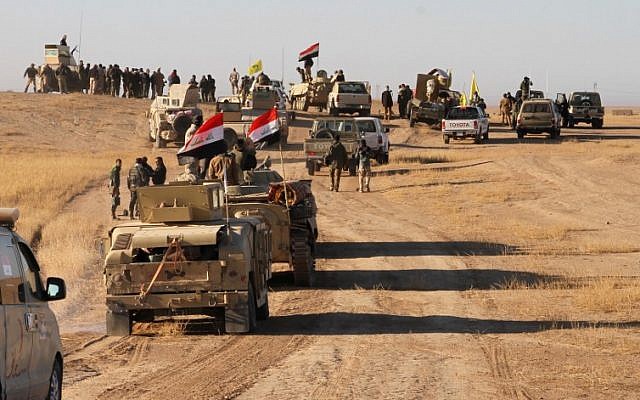 US officials Tuesday dodged Iraq’s and Syria’s blame that the US-led coalition against the Islamic State group (ISIS) and Washington targeted militia fighters aligned with President Bashar al-Assad regime, near the border with Iraq.

A US official told US news network CNN that the US was linked to the attack, which hit the eastern Syrian town of Al-Hari. Around 50 fighters from an Iran-backed Iraqi militia paramilitary group, Hashed (Popular Mobilization Units) as well as Shia fighters linked to President al-Assad and Hashed were killed in the area, near the border with Iraq.

Syrian authorities and the Iran-backed militia blamed the June 17 mysterious attack on the United States and the international coalition fighting ISIS.

A US official source additionally told AFP Washington is in possession of evidence proving Israel’s responsibility for the air strike.

The victims according to the Syrian Observatory for Human Rights, a group based in London, included “at least 30 Iraqi fighters and 16 Syrians, including soldiers and members of loyalist militias.”

There are reports of foreign fighters among the victims but their nationalities have not been determined.

Israel has not commented on the air strike as per its military policy.

It is the first time the Jewish state has targeted the eastern part of Syria, ravaged by the seven-year civil war. Israel’s most air strikes targeted areas around capital Damascus and Homs on Iran’s alleged positions in Syria.

“We will take action – and are already taking action – against efforts to establish a militarily presence by Iran and its proxies in Syria both close to the border and deep inside Syria. We will act against these efforts anywhere in Syria,” Israeli Prime Minister Benjamin Netanyahu said Sunday at a cabinet meeting.