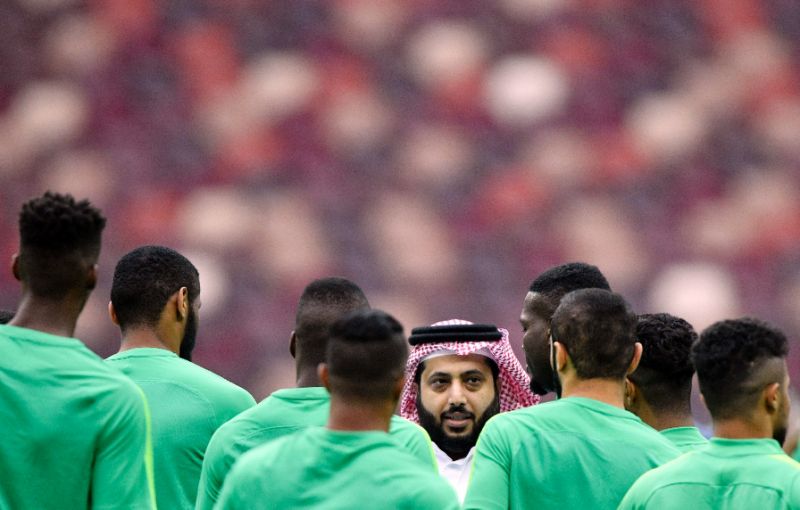 The kingdom’s sports and football authorities have blamed players for the country’s large defeat 5-0 against Russia in the World Cup match opener Thursday.

Saudi Arabia is bottom of group A.

“The result was disappointing and unsatisfactory,” he said.

“The collapse was not because of fitness, but errors in passing the ball, technical errors,” he added.

The same tone was used by the head of Sports Authority, Turki al-Sheikh who on Tweeter said he shoulders responsibility of the debacle but also finger-pointed the players for the poor performance.

“We did everything for them… we provided them the best coaching staff,” Sheikh said in a video post.

“Let no-one tell me (Argentinian coach Juan Antonio) Pizzi is not a known coach. But these are our players. They did not do even five percent of what was required of them. This is a reality that we should admit.”

It is unclear what move authorities will take. But Qatar-owned BeIN Sports Arabic channel mocked the Saudi crash noting that authorities as well as the players might be locked up at the Ritz-Carlton hotel, in reference to the detention in the hotel of over 200 people including 11 princes, states high key officials and business tycoons for months in kingdom’s so-called crackdown on corruption.