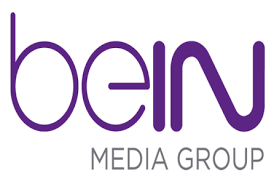 “Necessary legal action will be taken in relation to BeIN wrongdoings against KSA, its sports and officials, and for exploiting sports to achieve political goals,” tweeted Turki Al-Sheikh, chairman of the Kingdom’s General Sports Authority (GSA).

“This proves Saudi authorities’ true stance when banning this network from airing on its soil.”

BeIN Sports Arabic channel has come under fire after the Saudi national team was smashed 5-0 by Russia in the World Cup opener on Thursday.

After the defeat, commentators and anchors used the match to criticize Saudi authorities amid the ongoing diplomatic row between Qatar on one hand, Saudi Arabia, United Arab Emirates (UAE), Bahrain and Egypt on the other hand.

The Saudi-led quartet since June 5 last year has severed ties with Qatar over its alleged sponsorship for the terrorism.

Morocco lost the bid to host the 2026 World Cup to the United States-Canada-Mexico joint bid.

The North Africa country was abandoned by most powerful Arab nations led by Saudi Arabia and the UAE. Qatar and Oman however supported Morocco.

“They did not vote for Morocco, they sold out Morocco 2026 just like they sold out the Palestinian cause,” Astaifi was quoted as saying.

Saudi critics were also directed to an anchor who, commenting on the Saudi listless performance, predicted that Al-Sheikh, the football federation officials and technical staff could end up locked up at the Ritz-Carlton hotel. The anchor was alluding to the detention at the opulent hotel of over 200 people including 11 princes, high key officials and business tycoons for months in the kingdom’s so-called crackdown on corruption.

“Who is responsible? The head of the Saudi sports authority? The Saudi Sports Federation? The technical training staff, and finally the players?” the anchor wondered.

“They are all employees of the crown prince and soon we might see the technical staff and Turki Al-Sheikh as prisoners at the Ritz-Carlton.”

BeIN in statement to UAE’s media The National said it was focused on delivering sport coverage.

“Our coverage and our passion are focused on delivering the greatest in sport and entertainment and we have steadfastly refused to involve ourselves in regional political issues,” it said.

“The coverage and analysis of FIFA World Cup Russia 2018 matches are delivered by beIN’s world-class talents, who are among the most professional and most respected announcers in the sporting world.”

The network is not available in the Saudi kingdom. It has been shut down as part of the Saudi-led group’s blockade on Qatar. It was also closed down in the UAE but restored about a month ago, The National reports.

BeIN has won the exclusive rights to broadcast the World Cup matches in the Middle East and North Africa.