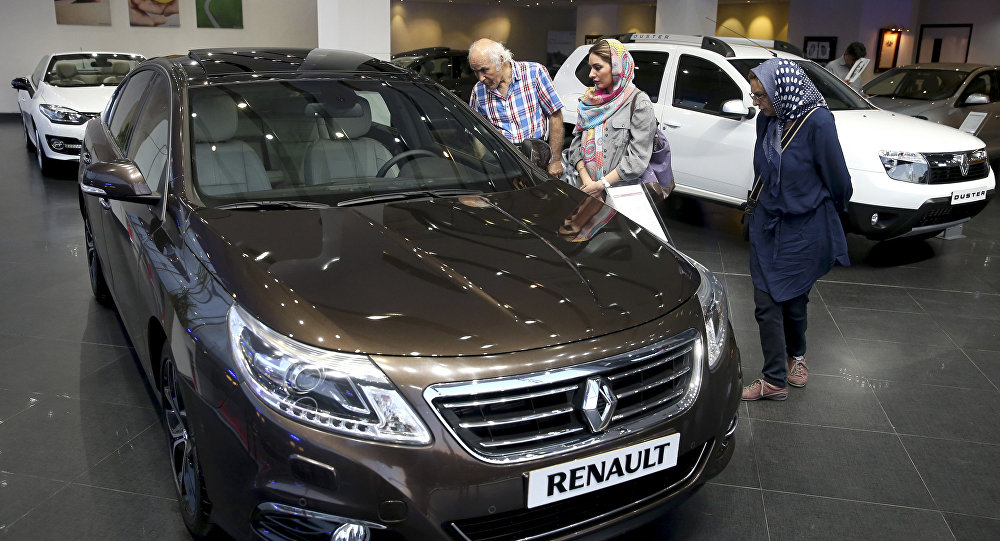 French car maker Renault has announced it will keep its operations in Iran unlike many multinationals despite new US economic sanctions following the US exit from the 2015 nuclear deal.

The Company’s CEO Carlos Ghosn at the annual shareholders’ meeting in Paris Friday said staying in Iran could cost the company but will be advantageous on the long run when the market re-opens.

“We will not abandon it, even if we have to downsize very strongly,” he said. “We have a future in Iran,” he insisted.

“When the market reopens, the fact to have stayed will certainly give us an advantage,” he predicted.

The carmaker is among dozens of foreign entities operating in Iran. The announcement came amid wide pull-out by other companies announcing plans to close down business in the Islamic Republic following early May decision by US President Donald Trump to withdraw his country from the Obama-era nuclear deal between Iran and world powers.

Trump’s shot the landmark deal and announced the re-imposition of economic sanctions on Iran. The sanctions target companies dealing with Iran but which still have interest under the US jurisdiction.

French oil group Total and other carmaker PSA, US Boeing, Danish shipping group Maersk and several others are on the verge of exiting.

United States-based Nike last week gave in to sanctions threats, announcing on the eve of the FIFA World Cup that it would no longer outfit the Iranian national soccer team.

Renault’s plans to remain in Iran seems to hinge on efforts by France, Germany, the United Kingdom, Russia and China to salvage the agreement. The EU has been struggling to bring protection for its companies operating in the Iran.

Though willing to stay, Ghosn reportedly told shareholders that they would ensure that activities don’t irk Washington. Renault’s management team is according to Ghosn closely working out with the Trump administration “on what can be done and what cannot be done”, AFP reports.

The French carmaker has been out of the US market since 1980s.