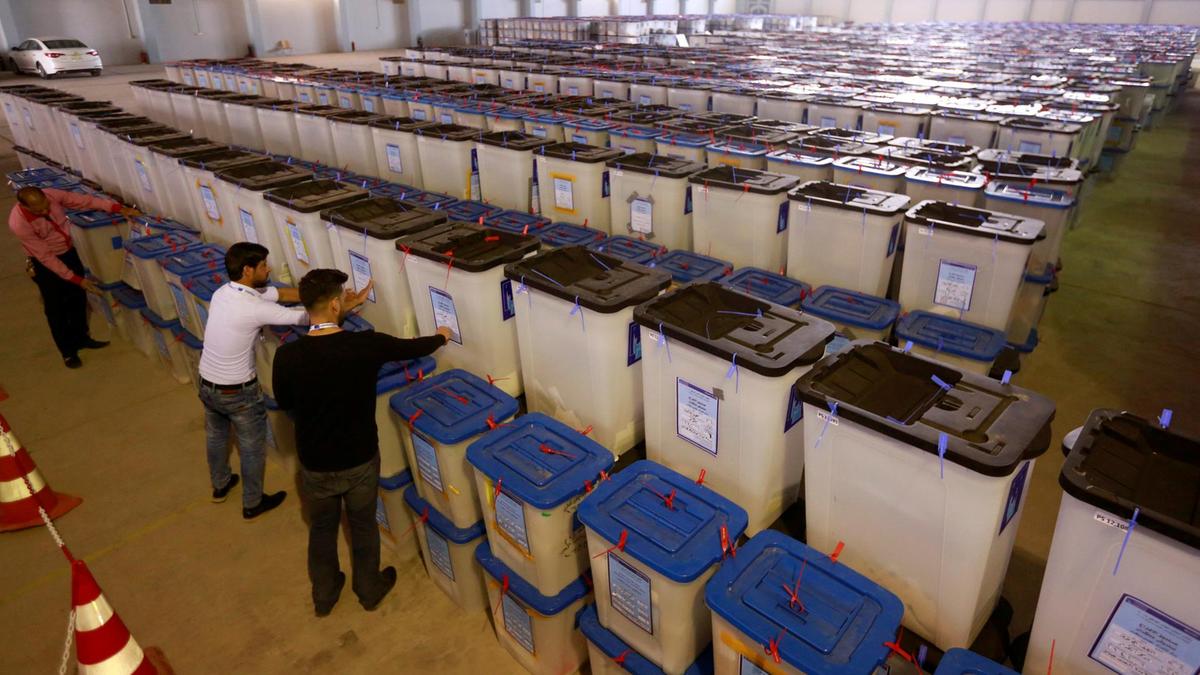 A ‘criminal fire’ destroyed Sunday in capital Bagdad part of the site where May elections ballot boxes have been kept, in the wake of the parliament’s demand for manual recount of votes nation-wide.
A wing of the ministry of trade used as warehouse of May elections ballot boxes caught fire. Outgoing Prime Minister Haider al-Abadi condemned the arson that he argued was a “plot” aimed at Iraq’s democracy.

“Burning election warehouses … is a plot to harm the nation and its democracy. We will take all necessary measures and strike with an iron fist all who undermine the security of the nation and its citizens,” he said in a statement.

The interior ministry said the fire only destroyed one of the four sections of the sites. The other three where the ballot boxes have been kept were untouched. The fire was contained by fight fighters.

Prime Minister al-Abadi announced investigations into the causes of the mishap.

The incident occurred following demand by the parliament early last week for the manual recount of the ballot papers. Al-Abadi on Tuesday said the elections were marred by grave irregularity.

The elections which registered a very low turnout were won by famous Shia and nationalist Cleric Moqtada al-Sadr’s bloc. Al-Abadi’s bloc finished third according to the results given by the independent elections commission.
The parliament’s mandate sheds doubt on Sadr’s win with many analysts predicting the country could descend into conflict.

Following the fire, voices called for a re-run, Reuters reports.

“The crime of burning ballot-box storage warehouses in the Rusafa area is a deliberate act, a planned crime, aimed at hiding instances of fraud and manipulation of votes, lying to the Iraqi people and changing their will and choices,” Salim al-Jabouri, the outgoing speaker of parliament said.

“Whoever burned the election equipment and document storage site had two goals: either cancelling the election or destroying the stuffed ballots counted amongst the results,” said Dhiaa al-Asadi, Sadr’s top aid.