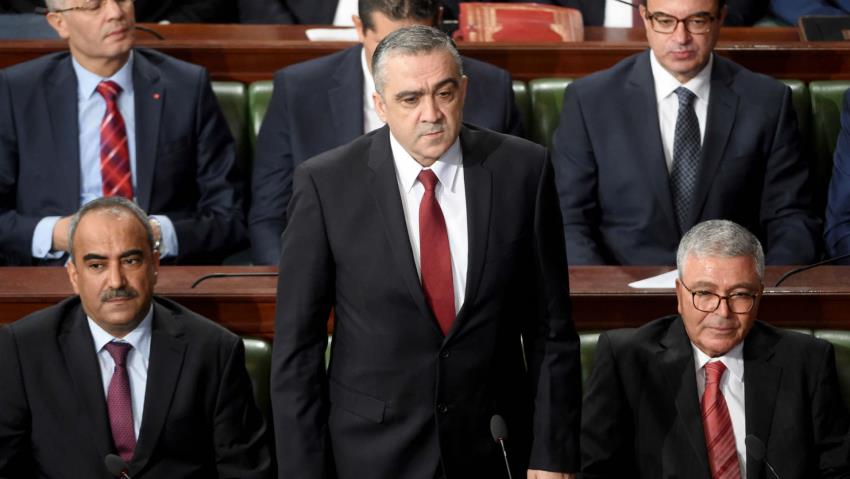 Head of the government Youssef Chahed sacked his interior minister Wednesday few days after the death of 48 illegal migrants near the island of Kerkennah, south-east of the country.

Lotfi Brahem’s sacking was announced in a statement without further details. However, Paris-based Jeune Afrique reports that two rationales appeared to have motivated the move before a likely cabinet reshuffle.

The media notes that the two men have been at odds, even though none of them publicly stated it.

The Prime Minister’s office has expressed disappointment over the interior ministry’s failure to nab former interior minister Najem Gharsalli wanted by the judiciary over his alleged involvement in a coup against the state. Gharsalli has been at large for over two months since the issuance of an arrest warrant against him.

The last nail in Brahem’s coffin was the death of 48 illegal migrants near Kerkennah after a boat carrying over 60 of them, mostly Tunisians, capsized on June 2.

Chahed visited the island June 5 flanked by Justice Minister Ghazi Jeribi. Brahem was not part of the ministerial delegation.

Jeribi according to the statement will replace the 56-year old cabinet colleague. Brahem had held the interior portfolio since September.