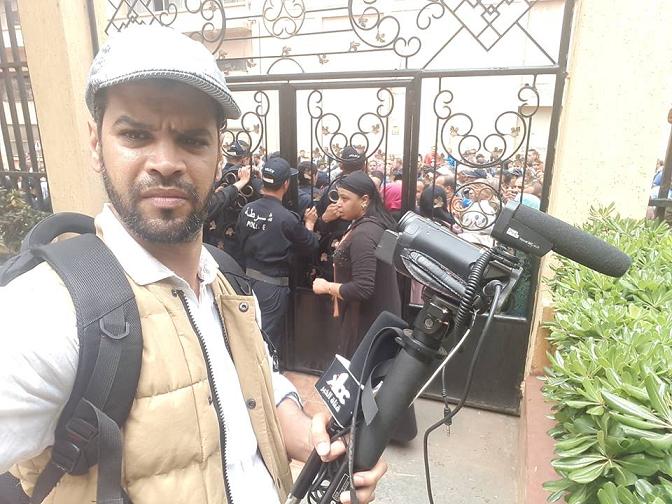 Prominent anti-corruption journalist Said Boudour was arrested late last week after publishing some alleged factual evidences about the seizure of cocaine in the port of Oran, the second city of the country.

Boudour, according Algerie Part, a media that he writes for, was approached by a dozen of plain cloth security forces on Thursday in Oran, few minutes before Ftour (breaking of the fasting).

He was arrested outside the building of the Algerian human rights defense League (LADDH), the league and the media note. Boudour is also member of the League.

The arrest, according to Algerie Part, is connected to the seizure of 700 kg of cocaine onboard a vessel shipping meat reportedly bought from Brazil.

The reporter and human rights activist published a series of articles in which he released damning evidences.

Algerian coastguard raided May 29 a vessel from Brazil carrying halal meat. They discovered 701 kg of cocaine. Fourteen people had been arrested in connection with the seizure.

Security forces, the day before the arrest, showed up at Boudour’s family house to look for him over claims that he was wanted by the police office of the city, the LADDH said.

The security forces also nabbed Nourredine Tounsi, a whistleblower who denounced corruption practices at the port of Oran. Both were sent to capital Algiers for hearing.