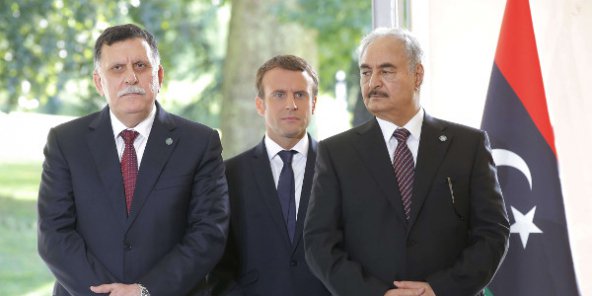 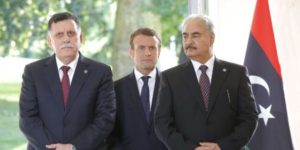 Libyan rival fractions agreed on a roadmap leading to parliamentary and presidential elections on Dec. 10. The agreement was reached Tuesday during a meeting in Paris.

Years of mediation by the United Nations, as well as Italy, have failed to bring stability to the nation, which descended into chaos after the ousting of Muammar Gaddafi in 2011.

The meeting in Paris on Tuesday was called by French president Emmanuel Macron as part of efforts to return Libya to stability and end a war that has ravaged the oil-rich nation.

The meeting was attended by head of the UN-backed Government of National Accord, Prime Minister Fayez Seraj, leaders of rival parliamentary assemblies and eastern-based military commander Khalifa Haftar.

The eight-point joint declaration read out at the Elysée palace in the presence of the representatives of some 20 countries and the UN special envoy for Libya said that the different rival fractions commit to accept the results of elections, and ensure appropriate funds and strong security arrangements.

Under President Emmanuel Macron, France has tried to expand its role in coaxing Libya’s factions to end the turmoil. Last year Macron convened rare talks between Haftar and Seraj in Paris.