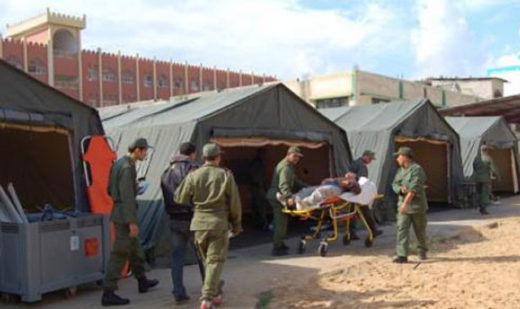 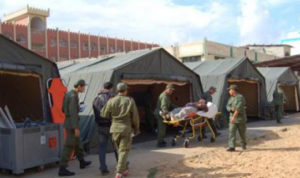 Morocco will deploy, at the orders of King Mohammed VI, a field hospital of the Moroccan Royal Armed Forces in Gaza to help treat the hundreds of Palestinian civilians, injured by the Israeli occupying forces.

The medico-surgical field hospital will allow the Royal Armed Forces to provide medical treatment to the civilians wounded during recent events in the Gaza Strip, the Moroccan Foreign Ministry said in a statement Sunday.

Israeli troops have been using excessive force against Palestinians who have started demonstrations along the border fence between Gaza and Israel on March 30, in commemoration of the 70th anniversary of the Nakba, when an estimated 750,000 Palestinians were forcibly expelled from their homes in 1948 to set up Israel.

The repression climaxed on May 14 when Israeli troops fired on thousands of demonstrators protesting the transfer of the US embassy from Tel Aviv to Al Quds, killing at least 62 Palestinians and injuring hundreds.

King Mohammed VI, in his capacity as Chairman of the Al Quds Committee, sent on May 14 a message to President Abbas reiterating his rejection of the Trump Administration’s decision to transfer the US Embassy to Israel from Tel Aviv to Al-Quds.
King Mohammed VI who described this decision as “an unfortunate development in the process of the Palestinian cause and our first cause, Al Quds, reiterated his refusal of this unilateral act that runs counter to the will continuously expressed by the international community”.

King Mohammed VI vowed in his message to President Abbas that he will spare no effort to mobilize the international community to ensure the triumph of the Palestinians’ legitimate rights to the establishment of an independent state with eastern Al Quds as its capital, part of a two-state solution that will contribute to a just, lasting and comprehensive peace in the Middle East.

Following the May 14 events in the occupied Gaza Strip, Morocco had strongly condemned the use of excessive force by the Israeli occupying forces against unarmed Palestinians and voiced its total rejection of such unacceptable acts that violate international laws and fan tension in the whole region.