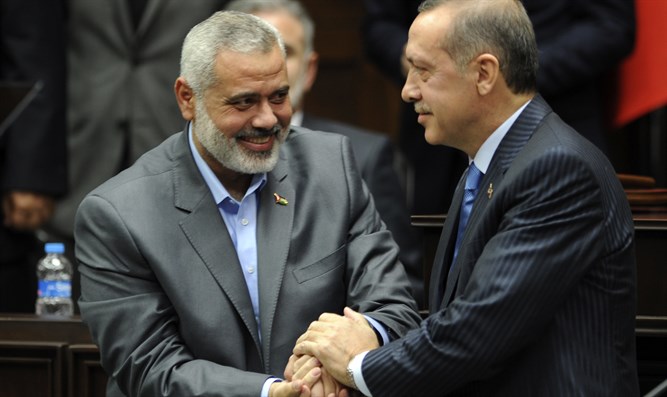 “Hamas is not a terrorist organization and Palestinians are not terrorists. It is a resistance movement that defends the Palestinian homeland against an occupying power. The world stands in solidarity with the people of Palestine against their oppressors,” he wrote in a tweet, after he called Israel’s mass killing “genocide of the Palestinian people”.

62 Palestinians were killed Monday and 2 others Tuesday in the deadliest Israel bloodshed since the beginning, March 30, of Palestinian protests against Israeli occupation of Palestinian territories. The mass killing took place May 14, which coincided with the inauguration of the US embassy in Jerusalem and the 70th anniversary of Nakaba which also coincides with Israel’s establishment.

President Trump December 6 declared the old city capital of Israel and announced the transfer of the US mission from Tel Aviv.

Around 40,000 Palestinians of Gaza gathered near the eastern border with Israel to protest against the opening of the US embassy. Most of those killed were shot by Israeli snipers.

Israel and its ally, the US, accused Hamas of goading people into breaking Israeli fences in a move to cause mayhem into the Jewish state.

The killings drew wide spread indignation and condemnation of Israel. The Turkish leader accused Israel of being a terrorist state. From London where he is on a visit, he called the killing a ‘genocide.’

“Erdogan is among Hamas’s biggest supporters and there is no doubt that he well understands terrorism and slaughter. I suggest that he not preach morality to us,” Netanyahu wrote.

“Netanyahu is the PM of an apartheid state that has occupied a defenseless people’s lands for 60+ yrs in violation of UN resolutions. He has the blood of Palestinians on his hands and can’t cover up crimes by attacking Turkey. Want a lesson in humanity? Read the 10 commandments,” Erdogan responded.

Ankara has also offered to treat Palestinians wounded in the Monday protest. Over 2,000 were injured. The health authorities and the military agreed to airlift the wounded from Gaza.