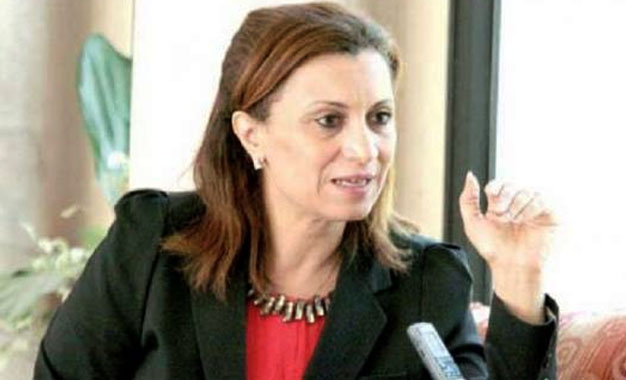 Souad Abderrahim, the likely future Mayor of Tunis has rejected proposals offering her a ministerial portfolio if she abandons her plans to become the Tunisian capital’s first female Mayor.

She is going to face Kamel Idir from Nidaa Tounes in next month election to be decided by councilors.

Souad Abderrahim’s emergence has attracted critics from the country’s conservatives and religious clerics and even from within Nidaa Tounes, which claims itself as a secular party and open for women’s emancipation.

The 53-year old Pharmacist has reportedly been offered proposal to become member of the cabinet if she gives up her plans to become the city’s first female major. Yet, the woman, known within the Islamist movement as a symbol of the party’s openness and embracing of modern values, told Shems Fm that she is fit to shoulder her future responsibility.

“We are a Muslim country, unfortunately […] a woman cannot be an imam in a mosque, as she cannot be present on the eve of the 27th night of Ramadan in mosques. This is unacceptable,” Bousslama told M Tunisia television station.

The one who presented himself as the communication officer of the President’s party was referring to the Tunisian tradition, which requires the mayor of the capital and other dignitaries, including the president and prime minister, to attend in a mosque the evening of the 26th day of Ramadan, known as “Leylat al-Qadr”, viewed as the most sacred night.

Nidaa Tounes on Thursday issued a statement saying that Bousslama’s comments do not reflect the party’s position.