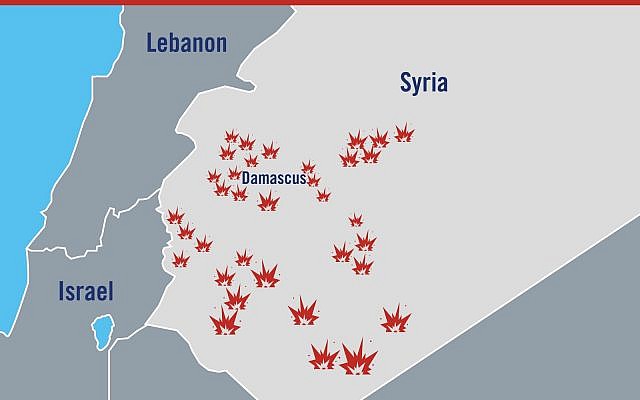 Israel Thursday claimed it turned to ashes most Iran’s military infrastructure sites in Syria and promised greater military response if the Islamic Republic increases its attacks on the Jewish state.

Israel response came after Israel defense forces said that Iran launched a barrage of rockets against Israeli military positions on the Golan Heights, near the Syrian border.

Israel carried out in the early hours of Thursday several air strikes throughout Syria against Iran’s Revolution Guards’ positions a little moment after Israeli reports held the Iranian forces responsible for around 20 rocket attacks, which targeted Israeli military position on the Golan Heights.

Tel Aviv accuses Iran of using Syria, where Teheran is backing President Bashar al-Assad, as a base to attack Israel.

Liberman pledged a tougher response should Iran try again to attack the Jewish state. “If we get rain, you will get a flood,” he warned Iran. “We will not let Iran use Syria as a base to attack us from.”

The Iranian rockets, Liberman noted made no causalities but the army said four rockets landed in Israel and made limited damage to a military base.

The Israeli army has been preparing for a possible Iranian attack after it hit April 29 a Syrian military base, killing 14 people including seven Iranian military officials.