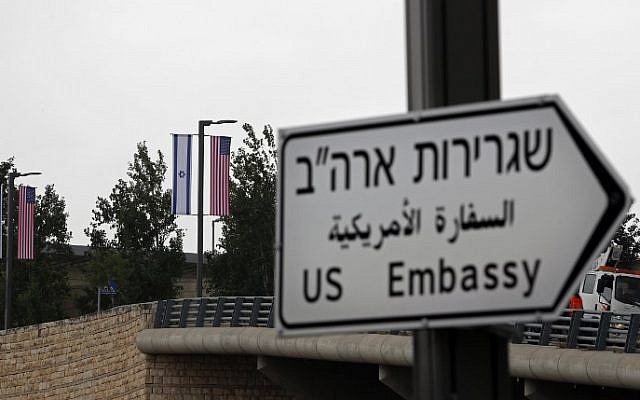 France, the United Kingdom (UK), Germany and several other European countries are predicted to shun Prime Minister Benjamin Netanyahu’s invitation to attend a ceremony marking the relocation of the US embassy from Tel Aviv to the disputed city of Jerusalem.

US President Donald Trump unilaterally declared Jerusalem as Israel’s capital despite international consensus to leave the fate of the old city to be decided by talks between Palestinians and Israelis on the final status.

“It is a little strange to invite us to celebrate an event that we opposed and condemned. The Americans were more clever and knew in advance not to invite us to save themselves from embarrassment,” a European diplomatic source is quoted as saying.

Netanyahu has reportedly extended invitations to the entire diplomatic corps and 30 out of 86 accredited ambassadors to the Jewish state have nodded to the invitation.

Last December, the US President, without consulting his European allies and the UN, announced Washington was moving the US mission from Tel Aviv to Jerusalem, which he also recognized as Israel’s capital.

The move was lambasted by European leaders, Palestinians and much of the Arab and Islamic world. The decision muted UN resolutions on the city.

Germany, France, and UK have balked at moving their respective mission following the US move.

Guatemala is expected to be the second country to move its embassy to Jerusalem later this month. Paraguay is also on the moving mode, Israeli reports say citing the foreign ministry.

The official inauguration of the embassy will take place on May 14, which coincides with Israel’s Independence Day.

Trump has finally scraped plans to attend the ceremony. According to the Israeli foreign ministry some 800 guests are expected at the inauguration.

Palestinians have called on diplomats to stay away from the ceremony, which they believe is illegal.