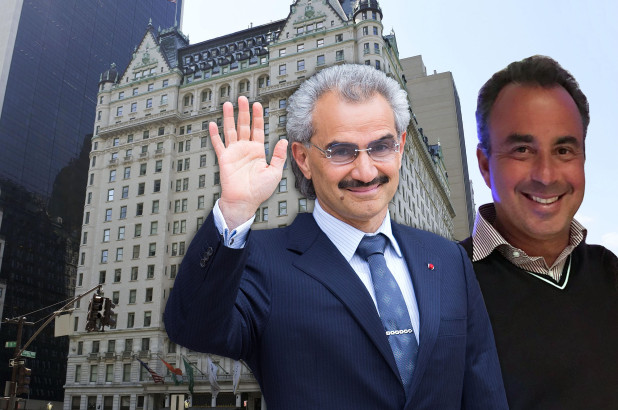 Saudi billionaire and international investor Prince Al Waleed has entered competition to buy New York famous Plaza Hotel as his investment company, Kingdom Holding, and New York-based Ashkenazy prepare an offer after they exercised the right of first refusal over an offer by rivals to buy the hotel for $600 million.

The Saudi billionaire holds 25 per cent of the landmark hotel adjacent to Central Park. The New York Post revealed that the Saudi Prince has refused any other group to manage the 111-year old castle-looking hotel. The media noted that Ashkenazy had purchased a controlling portion of the prince’s stake in the hotel last year.

Kingdom holding of the wealthy Saudi prince and real estate giant group Ashkenazy have been given less than two weeks by sellers to come up with deposit and proofs of fund.

The duo has axed a bid by Shahal Khan and Kamran Hakim. Khan, founder of Dubai-based family office White City Ventures two weeks ago took the lead in the acquisition of the hotel.

Owners of the hotel are looking to sell their shares, media say, citing sources that do not want to be named. Sahara Group and Vikram Chatwal, have been sorting out a variety of legal issues, the New York media pointed out.

Indian Subrata Roy of Sahara has been embroiled in legal issues at home where it is asked to pay millions of dollars to the state.

The new acquisition comes as a revival of the prince who has been selling investments following his release in January from prison in an anti-corruption purge driven by his cousin Crown Prince Mohamed bin Salman.