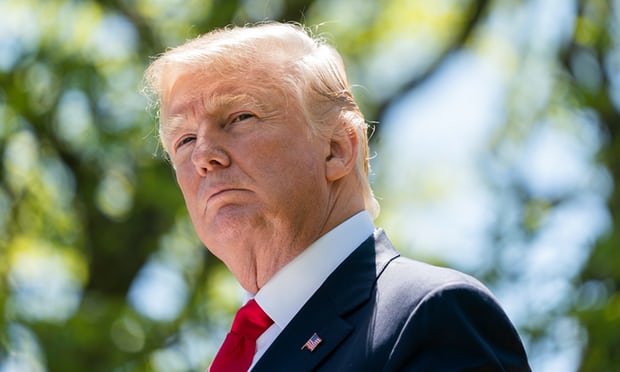 Donald Trump Tweeted on Monday he would state this Tuesday (May 8) the United States decision to stick to the 2015 nuclear deal signed with Iran and other world leaders or torpedo it.

“I will be announcing my decision on the Iran Deal tomorrow from the White House at 2:00pm,” he wrote.

The US leader was expected to clarify America’s position on May 12. The new date was announced amid UK’s diplomatic efforts to convince the White House to remain part of the deal that France, Germany and the UK pledged to salvage no matter what decision comes from Obama’s successor.

British Foreign Secretary Boris Johnson has been in Washington in a bid to win over the anti-deal sentiment, which diplomats and analysts believe will rather benefit Iran.

The US, European allies and Iran plus Germany in 2015 inked the Joint Comprehensive Plan of Action (JCPOA). The deal curbs Iran’s nuclear program and in return lifts economic sanctions imposed on the Islamic Republic.

The Trump administration has lambasted the deal signed under Obama arguing that it is full of flaws. Trump wants the deal rewritten or the US will walk away from it.

EU allies have grown concerned with Trump’s threats. French President Emmanuel Macron and German Chancellor successively visited the White House to manage to get Trump onboard.

Trump’s security adviser John Bolton, also known as a staunch opponent to the Obama-era deal, predicted that his boss will re-impose US sanctions that were lifted as part of the 2015 accord.

Meanwhile the White House has lashed out at former US Secretary of State John Kerry for conducting shadow diplomacy maneuver to save the deal. Trump and his administration believe Obama’s last top diplomat and US lead negotiator during the talks is to blame for the “mess”.

“The United States does not need John Kerry’s possibly illegal Shadow Diplomacy on the very badly negotiated Iran Deal,” Trump wrote on Twitter. “He was the one that created this MESS in the first place!”

Reports emerged late last week that Kerry met in recent months with diplomatic officials in a bid to rally support for the deal under threat.