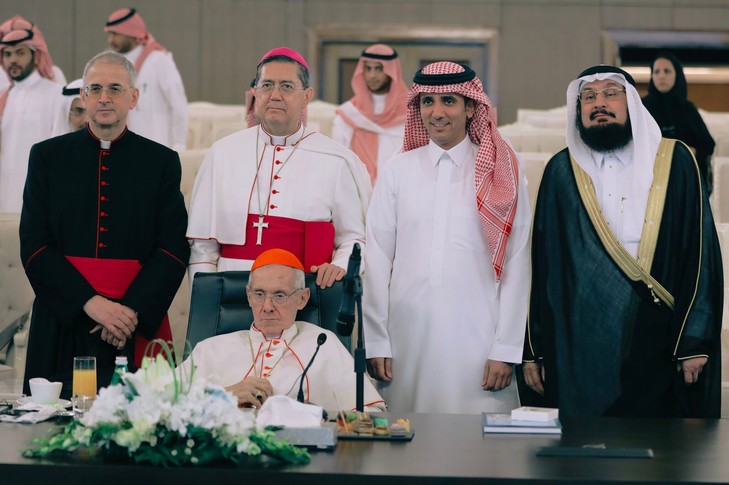 Saudi Arabia has green-lighted construction of churches after it inked a deal with the Roman Catholic Church as it seeks to improve its image and crackdown on radicalism.

An agreement to this end was signed between the Secretary General of the Muslim World League Sheikh Mohammed bin Abdel Karim Al-Issa and the President of the Pontifical Council for Inter-religious Dialogue in the Vatican and the French cardinal of the Catholic Church Jean-Louis Tauran.

The agreement signaled another significant development in the kingdom’s openness and thrive to polish its image as home to radical Islam.

According to press reports, the agreement was signed during a visit of Jean-Louis Tauran to Saudi Arabia last month 13-20.

During the visit, Tauran met with the kingdom’s Crown Prince Mohamed bin Salman who is the driver of the reforms, which are dragging the kingdom at the international front as an open country accepting diversity.

The French Cardinal who heads the Vatican inter-religious dialogue Council also met with some of the Christian population living in the kingdom where open worships are banned and subject to police arrests. Most of the Christians are expat workers from Egypt, Philippines, India and also from Korea, French media La Croix reports.

There are around 1.5 million Christians in the kingdom, the media notes.

In an interview with the Vatican-run L’osservatore romano upon his return, Tauran lauded the ongoing reforms in the kingdom and the rapprochement between the Vatican and Saudi Arabia.

The April meeting between the Vatican inter-religious Council and Muslim World League also advanced the establishment of a coordinating joint committee comprising two representatives for both sides to organize future meetings.

The Crown Prince in March during a state visit in Egypt met with the top clerics of the Coptic Church. The meetings were the first ever made by a Saudi high key official.