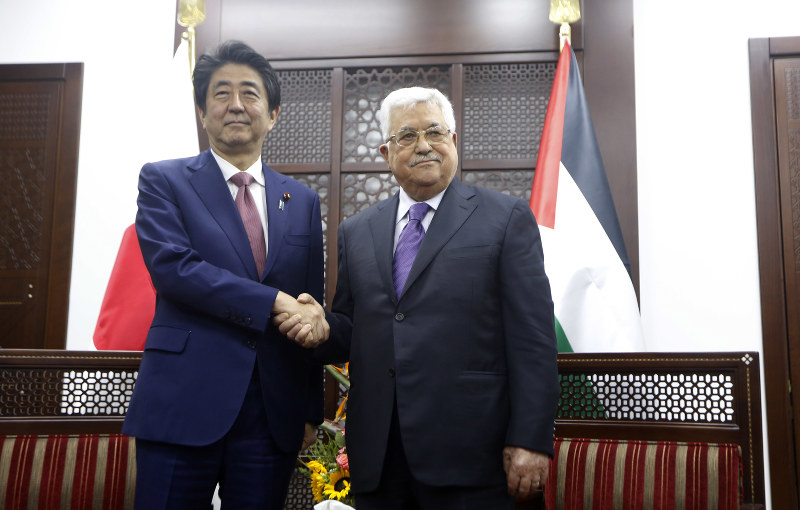 Japan will not transfer its mission from Tel Aviv to Jerusalem like the United States and few other countries, Japan’s Prime Minister Shinzo Abe said, according to the Palestinian Authority-run official news agency.

The Japanese Premier ‘reassured’ Abbas at a meeting in Ramallah that Tokyo will not move its embassy to Jerusalem, Wafa stated.

The Asian country is the second major world power after Germany to clearly state their refusal to condone the United States’ plans to change the status of the old city.

The US is due to inaugurate its new diplomatic mission in Jerusalem by mid-May after President Donald Trump stunned the world in December by declaring the disputed city as capital of the Jewish state despite existing international laws referring the fate of the city to negotiation on the final status between Israelis and Palestinians.

Trump Tuesday said He might attend the ceremony. Benjamin Netanyahu said the US President has open invitation to witness the opening of the new facilities that could be soon renamed “Trump Tower”, The New Arab reports.

Guatemala and very few countries have mulled plans to follow the US move.

Palestinians are planning to declare the eastern side of the city the capital of their future state.