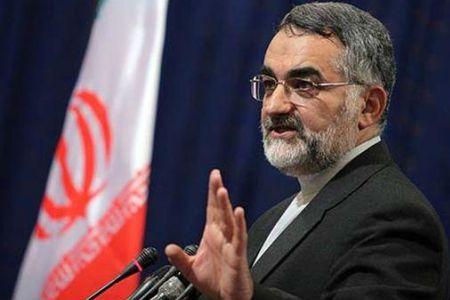 A high profile Iranian MP Tuesday pointed out that the Islamic Republic will appropriately respond to Israel’s air strikes, which killed several Iranian military personnel, in the second Israeli assault against Iran’s position in Syria in April.

The attack killed between 16 and 38 people among whom many Iranian military forces. The airstrikes reportedly hit 13 buildings where hundreds of missiles where stored.

Speaking at a news conference in Damascus Tuesday, following the Sunday Israeli operation, Alaeddin Boroujerdi, president of Iran’s parliamentary foreign affairs committee noted that Iran will soon give a response.

“The aggression of the Zionist entity on our advisers in Syria guarantees us the right of response,” Boroujerdi said.

“We will respond at the right time and place,” he added.

The Iranian MP also noted that the airstrike was an aggression stressing that Iranian forces were in Syria at the request of President Bashar al-Assad regime.

The Sunday Israeli sortie is the second in April after air raids on another base on April 9 killed 7 Iranian military operatives.

Israel has been accusing Iran of using Syria as a launch-pad to attack Israel. Tel Aviv says Tehran has been ramping up military presence in Syria where the Iranian regime has sent more than 80,000 fighters.

Tensions have risen between the two enemies lately. Monday Israeli Prime Minister Benjamin Netanyahu made a presentation at Israeli Defense ministry on the basis of over 100,000 secret documents on the Iranian alleged continued nuclear program. The documents were reportedly obtained by Israeli operatives who were able to sneak out of Iran with the secret files.

Netanyahu in his presentation said Iran lied to the world by breaching the nuclear accord signed with world powers.

US officials also told NBC that Israel was preparing for war with Iran. Netanyahu Tuesday told CNN that his cabinet was not seeking any confrontation with Iran.