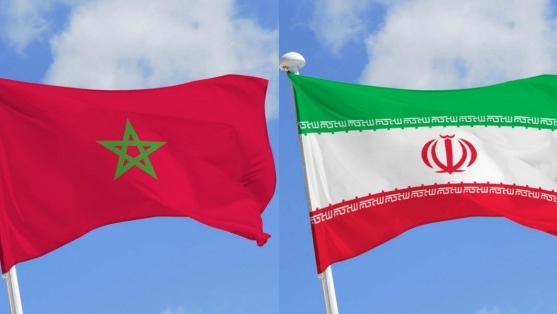 Morocco has decided to sever its diplomatic relations with Iran in protest against the military support provided by the Iranian-backed Hezbollah group to the Polisario separatists.

The announcement was made Tuesday by Moroccan Foreign Affairs Minister Nasser Bourita who informed his Iranian peer in Tehran of Rabat’s decision, which comes as a response to Iran’s connivance, through the Lebanese Shiite group, with Polisario mercenaries in plots hatched against national security of the North African Kingdom.

This decision was not taken “hastily, nor it is connected to regional or international developments”, the Moroccan top diplomat made it clear, noting that Rabat “never takes such a move under influence or pressure”, but does not tolerate any hostile act seeking to undermine the country’s territorial integrity and its national security.

Bourita explained that Hezbollah sent military experts to Tindouf, where the Polisario is headquartered, supplied weapons to the separatists’ armed militia and trained them on urban warfare. The Hezbollah weapons transfer to the Ppolisario was made through Iran’s embassy in Algiers, he said.

In 2009, Morocco cut diplomatic ties with Iran in solidarity with Gulf countries accusing Tehran of meddling in their domestic affairs. Moroccan-Iranian relations were gradually restored in 2014, but they were never fully strengthened.

In a message posted Tuesday on his Tweeter account, Saudi Foreign Minister Adel al-Jubeir vigorously denounced Iran’s destabilizing policies and interference in the internal affairs of the Arab and Islamic states, voicing his country’s support for the “brotherly kingdom of Morocco”.

He also denounced Iran’s policy of destabilizing security in these countries and its support for terrorism. For the Saudi Foreign Minister, the military aid provided by Iran to the Polisario through the Hezbollah militia is an indisputable proof of this policy.

The Saudi official news agency had earlier said that Saudi Arabia will always stand by Morocco in the defense of its security, stability and territorial integrity.

Riyadh also strongly condemned the involvement of Iran’s puppet, Hezbollah, in arming the polisairo to destabilize Morocco, saying that the Lebanese shiiite militia is a “terrorist organization.”

“Saudi Arabia expresses solidarity with brotherly Morocco against whatever may undermine its security,” the agency added.

Bahrain also announced its full support to Morocco’s decision. “We stand with Morocco, which has always backed Bahrain and we endorse its timely decision to sever ties with Iran who supports the enemies of the North African Kingdom using the terrorist organization Hezbollah,” Bahrain’s foreign minister, Khalid bin Ahmed AL Khalifa, said in a tweet.

In the same vein, UAE Minister of Foreign Affairs Anwar Gargash expressed backing to Morocco, tweeting, “We support Morocco in its stand against Iran’s meddling in its affairs”.
“We stand with Morocco in its concern for its national issues and against Iranian interference in its internal affairs”, stressed the UAE Foreign Minister.

Gulf Arab countries, the Arab League, the United States and the European Union have all branded Hezbollah a terrorist organization.