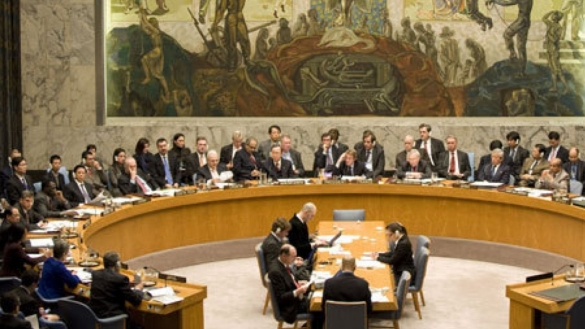 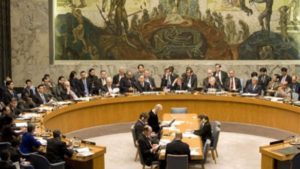 Morocco welcomed the resolution on the Sahara adopted Friday by the UN Security Council, which renews the mandate of the MINURSO for six months, until October 31, urges the Polisairo to withdraw from the buffer strip, and calls on Algeria to contribute towards achieving a political solution to the regional dispute.

“The Security Council resolution strengthens Morocco’s position and resolve in responding to recent Polisario provocations east of the security wall and in the buffer strip in Guerguarat,” Morocco’s representative to the UN Omar Hilale told the press in New York after the adoption of the resolution.

Actually, the UN Security Council has strongly condemned the recent Polisario’s provocations including its plans to set up administrative functions in Bir Lahlou, east of the Morocco-built security wall, expressed “concern with the presence of the Polisario Front in the buffer strip in Guerguarat” and called for “its immediate withdrawal.”

The Security Council was firm in blaming the Polisairo for these actions, which amount, it said to “destabilizing actions” and stressed the need for a full respect of the military agreements reached with MINURSO.

The US-drafted resolution, adopted with 12 votes for and three abstentions, also rebuked the Polisario for hindering the MINURSO from carrying out its ceasefire-monitoring task, in reference to an incident when Polisario militiamen stopped a MINURSO patrol east of the berm after firing warning shots.

In this connection, Omar hilale said that the Security Council was uncompromising in condemning the Polisario’s ceasefire violations and urged the Algerian-backed militia to “immediately withdraw” from the buffer strip in Guerguarat.

“The Security council rejected in the strongest terms the attempts by the Polisario to alter reality on the ground,” the diplomat said, adding that the Security Council deemed the Polisario’s irresponsible actions as “a violation of the ceasefire agreement and a serious threat to the political process which UN Secretary General’s Personal Envoy Horst Kohler is trying to launch.”

The Moroccan diplomat who deemed the new resolution as a blow to the Polisario separatists said “Now either they obey to the Security Council calls or they assume the serious repercussions that may result from their illegal actions”.
Hilale added that the Security Council recognized the Kingdom’s restraint and “measured response” to the Polisario provocations. “This clearly testifies to the degree of responsibility shown by Morocco in recent weeks,” and “shows the trust that the international community has in the far-sighted leadership of HM the King.”

The resolution, like previous resolutions, took note of “the Moroccan proposal presented on 11 April 2007 to the Secretary-General” (a reference to the autonomy initiative) and welcomed the “credible Moroccan efforts to move the process forward.”

The resolution called on the parties to engage in a new round of negotiations without pre-conditions and urged neighboring states, Algeria and Mauritania, to contribute to “achieve progress towards a political solution.”

The Security Council reiterated that the status-quo is untenable, noting that a political solution is conducive to regional integration in the Maghreb and to regional peace and stability.

“A political solution to this long-standing dispute and enhanced cooperation between the Member States of the Maghreb Arab Union would contribute to stability and security, in turn leading to jobs, growth and opportunities for all the peoples in the Sahel region,” said the resolution.