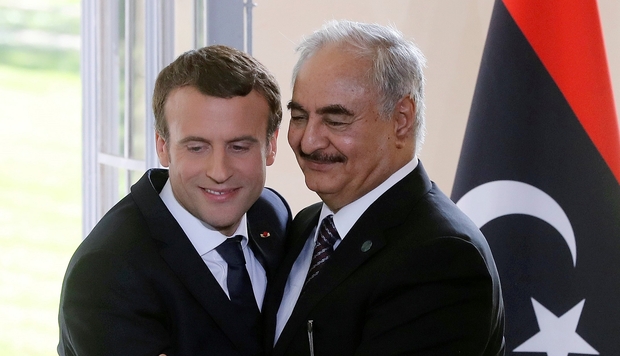 Talks to replace ailing Khalifa Haftar at the head of self-imposed Libyan National Army (LNA) are in full swing as the military’s entourage and international backers, mainly Egypt and United Arab Emirates (UAE), have begun secret talks to choose a successor to the LNA top commander.

Haftar has been out of Libya for over one week. The army commander has been admitted to hospital in Paris after he suffered a stroke while on a visit to Jordan. According to a diplomatic source, he has a lung cancer, which has affected his brain.

London-based Middle East Eye has revealed that Haftar’s health condition is embarrassing. The media, citing an informed source, notes that the warlord is not lucid and has lost ability to talk.

“He is unable to talk or even fully comprehend. He cannot even sit or stand up,” the source is quoted as saying.

The media, citing a doctor at the Paris hospital, notes that it looks uncertain to see the 75-year old military commander winning back his speaking abilities.

“There are drugs that can be administered to reduce the swelling in the brain. They could give Haftar back the power of speech, for instance, but these effects would be temporary,” the doctor told the media on condition of anonymity.

Haftar’s alarming health condition is worrying the LNA and capitals backing him as succession wars emerge.

Negotiations, according to media reports, have begun in eastern Libya and in the United Arab Emirates (UAE) to find a successor to Haftar.

Salem al-Hassi, the second commander in line right after Haftar, is the leading successor. He is said to be popular in the east-based army and enjoys Egypt’s backing.

UAE on the hand has rallied behind Aoun al-Ferjani – another LNA official close to Haftar, the New Arab reports.

A third figure, Abdel Razak al-Nadhuri, is also tipped for the army top position. Al-Nadhuri also close to Haftar according to the LNA survived an assassination attempt Wednesday in the entrance of the city of Benghazi.