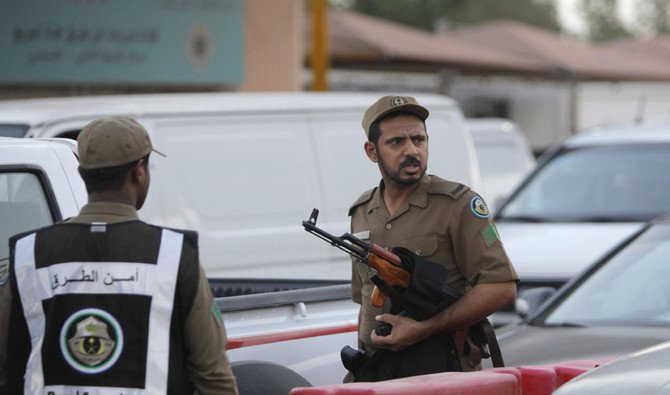 Four security forces lost their life Thursday in an attack at a checkpoint, in the southern province of Asir, by Saudi nationals, the interior ministry announced.

Unidentified suspects opened fire on the checkpoint killing three. The fourth reportedly died in a shootout with the assailants who tried to run away.

Authorities however noted that two of the suspects have been arrested while a third was killed in a chase.

No group has claimed responsibility for the attack but the kingdom has since late 2014 witnessed a surge in attacks against security forces and Shia minority population. The Islamic State has claimed several attacks on Shia mosques.

Houthi rebels in Yemen where Saudi Arabia is leading an international coalition have fired a series of missiles on the kingdom. The Iran-backed rebels have started using drones to attack oil installations in kingdom.