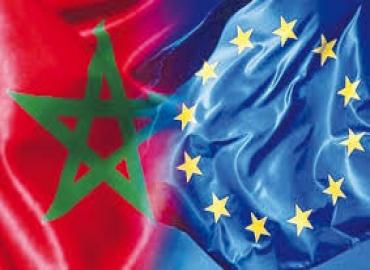 “Morocco and the EU will start a new phase and I hope that the negotiations will culminate in a mutually beneficial agreement that respects the commitments of both parties,” Akhannouch told reporters following a meeting with members of the European Fisheries Commission.

In a comment on the start of negotiations, Morocco’s foreign minister Nasser Bourita made it clear that there would be no compromise over the Kingdom’s sovereignty over all its territories including the Sahara.

Bourita also denounced the attacks by the adversaries of Morocco’s territorial integrity who sought in vain to undermine Morocco’s exemplary partnership with the EU.

The foreign minister underscore the longstanding cooperation and partnership with the EU, recalling that the first fisheries agreement was sealed in 1988.

For her part, Wiedey said that the Morocco-EU partnership in the fisheries sector is a key element of relations between the two parties.

The new deal will determine the conditions for this partnership, the objectives of which are the development of sustainable fisheries in the interests of both parties, and the strengthening of ocean governance, in particular by enhancing scientific monitoring, control and surveillance of fisheries in the region.

The head of the EU delegation in Rabat also expressed the bloc’s determination to continue to support the fisheries sector in Morocco through the “Halieutis” strategy, which Brussels has supported with more than €120 million since its launch.

Negotiations started after the Council of the European Union last Monday gave its green light to the European Commission to open such negotiations with Morocco on a new fisheries agreement, which includes the Moroccan Sahara.

The mandate, approved unanimously by the 28 EU Member States, provides that the waters off the Moroccan Sahara will be covered by the fisheries partnership between Morocco and the EU.
The unanimous adoption of the negotiating mandate was a victory for Morocco as it overlooked a ruling issued by the European Court of Justice las February 27. The ruling deemed the fisheries agreement “inapplicable” to the Sahara.

About 120 vessels from 11 EU countries (Spain, Portugal, Italy, France, Germany, Lithuania, Latvia, The Netherlands, Ireland, Poland and United Kingdom) are operating in Morocco’s waters under the current agreement, which expires on July 14.