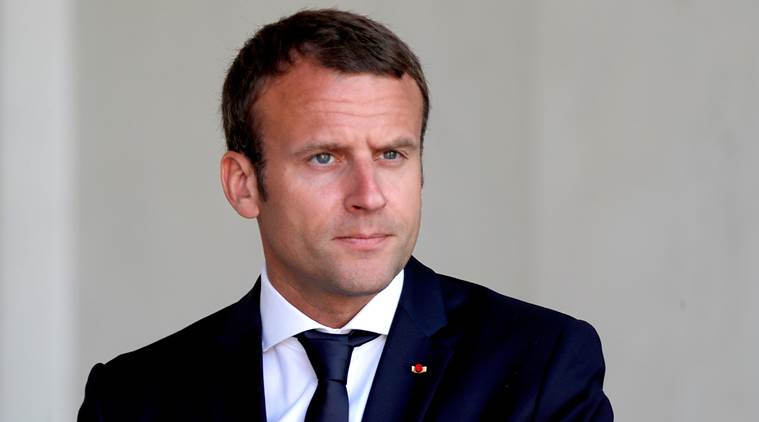 France is not planning military engagement in Northern Syria on the side of rebels and Kurdish forces labeled by Ankara as terrorists, a source from the French presidency told Turkish Daily Sabah.

The source who did not want to be named because not allowed to comment on the issue told the daily that Paris is not inclined to provide support to the Syrian Defense Forces (SDF) and PKK-linked People’s Protection Units (YPG).

The SDF, following a meeting with the French leader groups at the Elysée Palace on Thursday, said that Paris pledged support to the rebel groups in Manbij, northern Syria where the Islamic state group (ISIS) fighters are reportedly still active.

President Emmanuel Macron, according to a statement from his office, offed to mediate between Ankara and the SDF.

“Those who host at the highest level the members of a terrorist organization, which has been freely carrying out its activities in their countries, should be aware that this is nothing but an expression of hostility against Turkey,” Erdoğan said this Friday (March 30) from his party’s headquarters.

Erdogan, who condemned Emmanuel Macron’s meeting with members of Syrian Kurdish groups, was quoted by local daily Hurriyet as saying that “France no longer has the right to complain about the actions of any terror organization on its soil after meeting with the representatives of the PYD and its armed wing, the YPG”.

“Those who have been abetting terrorists and who have been hosting them in their palaces will sooner or later see the mistake they have made. They may face the problems that we ourselves have been experiencing at any time. We hope they will not dare to seek our help when France is filled with terrorists fleeing from Syria and Iraq after being encouraged by French policies,” he added, according to Hurriyet.

Deputy Prime Minister and government spokesman Bekir Bozdağ on his part said Macron’s move, that he described as “irrational”, had set Paris on a collision course with Ankara.

Likewise, presidential spokesperson İbrahim Kalın rejected Macron’s offer to mediate between the Turkish government and the SDF, saying “Turkey’s stance on the PKK/PYD/YPG is clear; we reject frivolous approaches such as dialogue, contact or mediation with these terror groups”.

Ankara sees the YPG as a terror group that it considers an offshoot of the outlawed Kurdish group PKK. The Turkish military has engaged an offensive in northern Syria in a bid to clear the area of the Kurdish fighters.