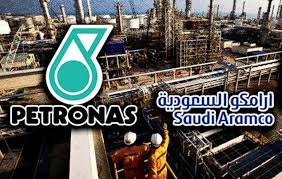 The strategic alliance is a historic partnership between two of the largest and most successful national oil companies in the world, bringing together the resources, technologies, experience as well as expertise of two giant oil coglomerates with established commercial presence around the world, commented the official news agency SPA, which reported the news.

These joint ventures give the parties equal ownership and participation in the operations of the new refinery and selected petrochemical facility, which is part of the RAPID project in Malaysia’s southern state of Johor.

Through this collaboration, Saudi Aramco will supply 50 percent of the refinery’s crude feedstock requirements with the option of increasing it to 70 percent. Meanwhile natural gas, power and other utilities will be supplied by PETRONAS and its affiliates. The Parties will share the right to offtake the production of the joint ventures on an equal basis, added SPA.

The refinery, which has a capacity of 300,000 barrels of crude per day, will produce a range of refined petroleum products, including gasoline and diesel, meeting Euro 5 fuel specifications. It will also provide feedstock for the integrated petrochemical complex, which is capable of producing 3.3 million tons per annum of petrochemical products.

With 87 per cent currently completed, the RAPID project is on track for refinery start-up in the first quarter of 2019.