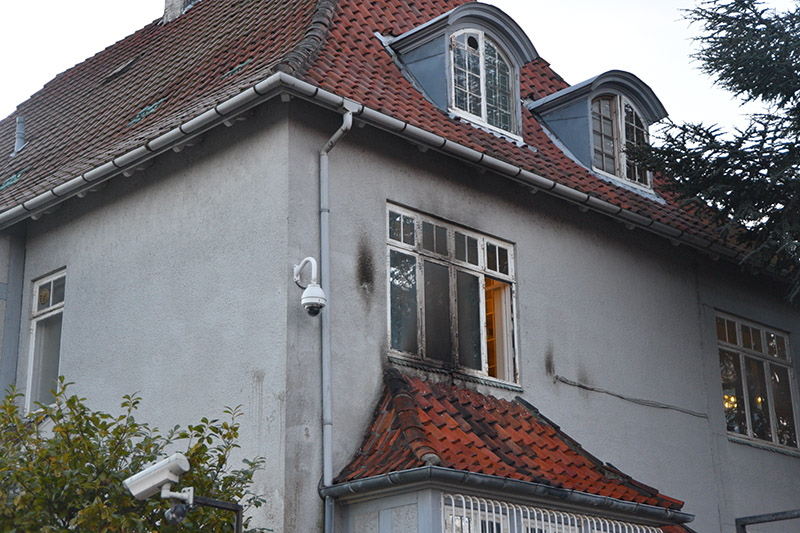 The Turkish embassy in the Danish capital Copenhagen was attacked early Monday with Molotov cocktails, local police said adding that no suspect has been arrested yet.

Copenhagen Police spokesperson, Torben Madsen told Reuters that the building was empty at the time of the attack but the bombs damaged the interior of the building.
Madsen added that early investigation details point at the involvement of four suspects who hurled Molotov cocktails at the building.

He said police officers who apparently witnessed the incident indicated they saw two suspects running away but did not chase them because they were focused on putting off the fire.

Police is gathering information and evidences and is yet to analyze camera footage.

Ankara and several western countries have blacklisted the PKK, a Kurdish movement opposed to Ankara, which blames it of attempts to create a Kurdish state.

The Kurdish groups vowed to regain lost territories from Turkey after President Erdogan’s army announced control of Afrin over the weekend.